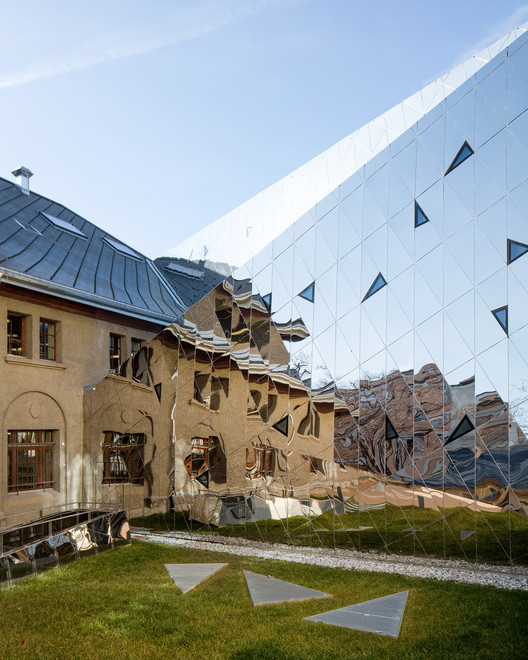 Text description provided by the architects. The aim of the project is to bring together, on the site of Sion’s former military arsenals, several cultural organisations in the canton, in particular the Valais media library and the state archives. The purpose of this union is to create a veritable centre for culture, science and heritage that favours exchange between different disciplines and encourages research, learning and the gathering together of people. Such a union also aims to optimise the management and conservation of Valais’ heritage and its accessibility to the public, as well as serve as a meeting point between artists and cultural representatives.

The project has opted to conserve and enhance the two arsenals through the integration of these new functions. The arsenals comprise the cantonal arsenal (1895, architect Joseph de Kalbermatten), located to the north of the site, and the federal arsenal (1917), located to the south. The main architectural challenge is to combine two buildings of high historical value into a coherent whole.

The project includes the establishment of a new building which links together the different levels of the two existing arsenals. Although its function is primarily one of circulation, the new building also serves as a reference point: a place of collectivity where everyone passes through, and towards which all eyes turn. The folded shape of the building, composed of flat triangular surfaces, draws upon the rock crystals found in Valais’ natural surroundings. A dematerialised blanched inner skin, punctuated by shards of light, is complemented on the outside by a facade of polished stainless steel panels, which reflect the landscape, sky and existing buildings, thus offering a constantly changing view of the location’s historical essence.

The major challenge of the project was to ensure the integration of specific spaces that were very different from the original purpose of the existing structure: in other words, to show that a contemporary intervention could still preserve the historical substance of the site. Special attention was paid to the technical infrastructure needed to create the new conditions related to interior comfort as well as to preserve precious works. 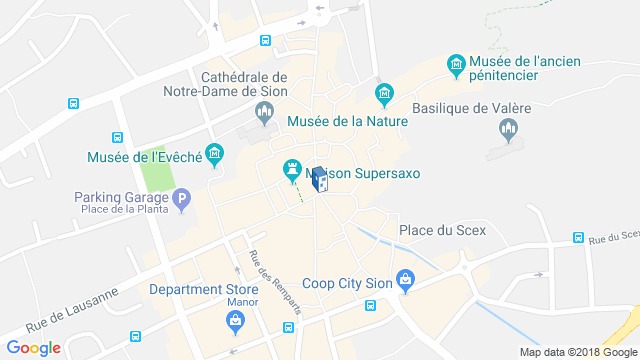 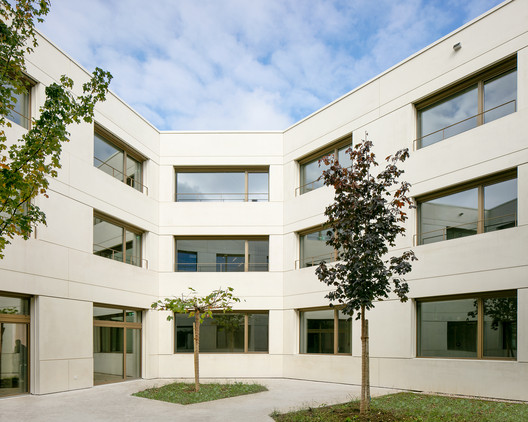