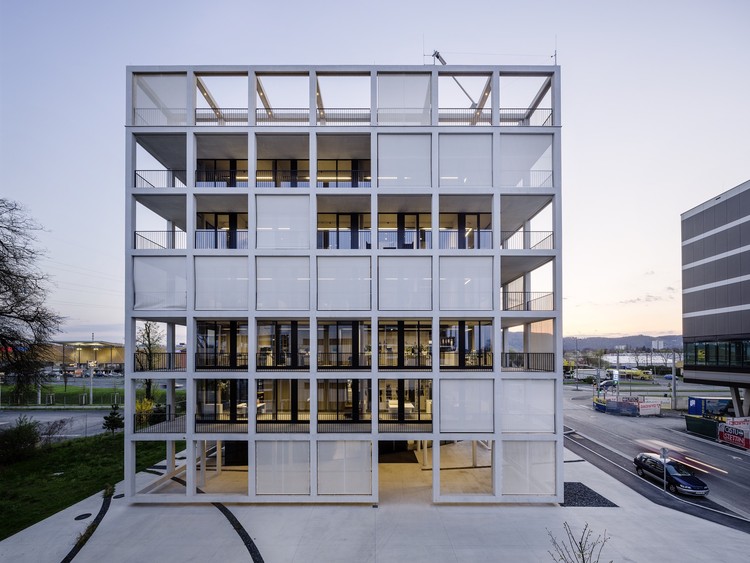 Text description provided by the architects. A real estate company’s corporate headquarters, which is located at the highest traffic entrance to Graz, Austria, brings clarity and openness to a flat transition area as a new landmark in this industrial district. Additionally, the main goal was to create an authentic example of “Build Identity” for a young company in context within an emerging quarter by transforming their brand icon, contextually and formally, consistently throughout the building elevation. The concept, CUBEND, translates holistically the firm’s values by unifying the terms “cube” – relating to wholeness and persistence – plus “bend,” standing for movement and individuality. Thus, creating a hybrid of an identity- enhancing, activity based, and sustainable environment. The building’s surface visibly reveals the interaction between people and spaces, as well as their needs in contrast to sealed industrial structures of the surrounding neighborhood.

Organized as a cube, divided by a curved atrium across all seven floors, the building consists of a glass-dominated core within a floating concrete structure. The white concrete outer grid integrates an automatic sun shading system that changes dynamically building’s external appearance due to people’s usage and exposure to daylight. The facade’s second part, a porch-like area, serves people as a transition space between in and outdoors, particularly as sheltered free space in the summertime. A third, transparent layer allows natural light access to fragmented office space formations around an elongated atrium. This multilayered system includes different structural and functional elements for its users, as well as energy-efficient solutions for the building itself.

One of the main challenges of the space planning was meeting the multi-requirements – foyer, customer area with an apartment mock-up, meeting rooms, open workspaces, creative spaces, and a social area for the employees or for corporate events and lectures – on only 2465 square meters organized on seven floors. Thus, the layout of the space was optimized in a rectangular grid around the atrium connecting all floors as a vertical communication interface.

A central building core includes a staircase and elevator as well as all building technologies and distributes those outwards to the office space through a mesh-like suspended ceiling. This new ceiling system, which meets the spacial, aesthetic, and acoustic demands, was developed and customized for the building. With an aim to create an inspiring and healthy workplace by harmonizing the physical, virtual, and social world of work, biophilic aspects were implemented in the interior and exterior concept, which includes plants, rooftop-terrace, balconies, and the buildings foreyard. 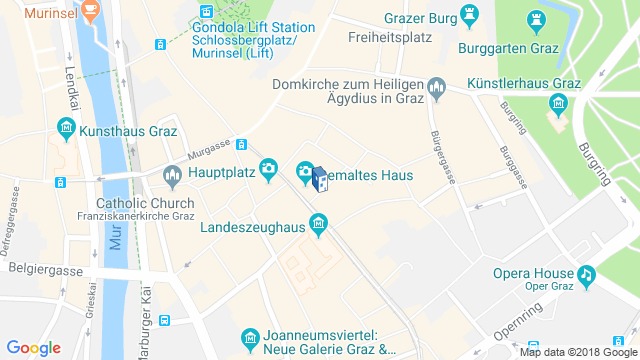 Location to be used only as a reference. It could indicate city/country but not exact address.
Share
Or
Copy
About this office
INNOCAD
Office
••• 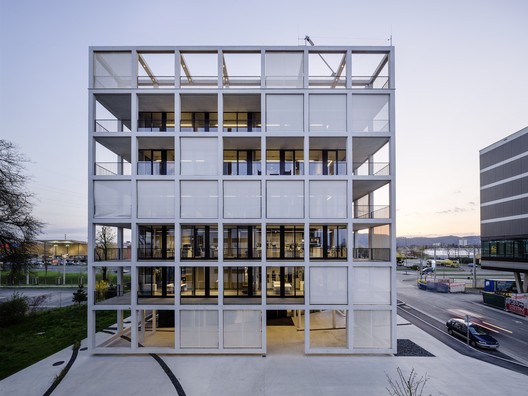