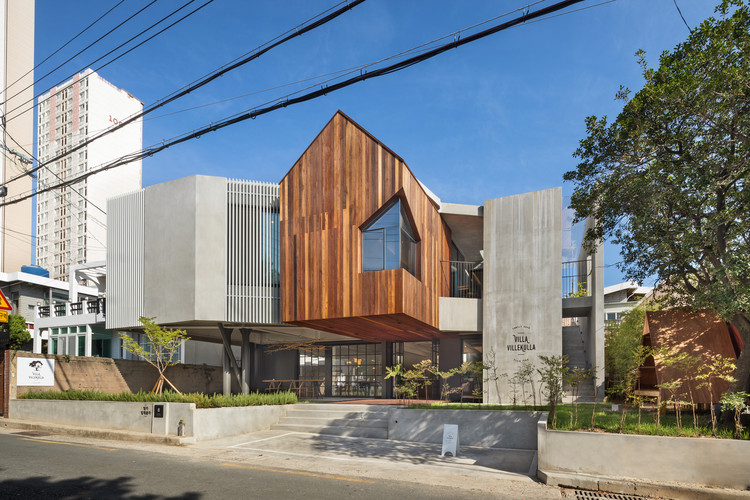 Text description provided by the architects. The client commissioned a cafe to share a large yard. And he asked me to build a house above the cafe to live with my family. The client wanted to use the logo 'VILLA VILLEKULLA' a cabin in which the Swedish TV program 'Pippi Longstocking' lived. So we designed the cabin to be symbolic from the standpoint of cafe branding.

In the case of buildings in which revenue should be generated, we believe that the feeling of building form or space should be linked to branding. We extended the wooden gable-shaped cabin out into a brand of cafe, and designed the inside with a similar atmosphere.

The existing land had a one-story factory. Because of the lack of funds, the client decided to remodel the existing single-story factory, use it as a cafe, and build more houses upstairs. We spent a lot of time on structural design as we had to solve the Piloti structure and structural reinforcement of existing buildings that were created when we planned a two-story house twice as large as the first-floor factory. If it had been newly constructed, the columns under the Pilotis would not be needed, but the existing building structure was weak, so additional columns were inevitably planned.