Concept: Coexistence of old and modern appearance
This building with Gwanghwamunhaemul is believed to have been built in 1940. We wanted to see the Gwanghwamunhaemul as a brand suitable for Jeong-dong, where the modern and old tastes coexist, and thought that they were both modern and contemporary in the 1940s. So, before we started to look for the old look of space, we started ironing out the wooden ceiling, the interior and exterior structural material of the metal, as well as the modern design elements.

Exterior Design
Facade in front of the building was constructed in a two-story building to overcome its narrow drawbacks compared to the size of the building, and a fish formation was hung on the second floor to indirectly express the feeling of a seafood restaurant.

In order to increase customer accessibility, they also created an entrance to the back of the building that was attached to the parking lot, randomly pierced small windows to secure lighting during the day, and dim lights at night to let out. To capture the appearance of the brick on the back of the building, it was intended to show the waterproof area only with a structure that could be cleaned and displayed.

Interior Design
The space was divided into large halls, kitchens, and rooms, and counters were installed in the center of the customer's line considering two entrances. And the room can be used as a separate room for six people, and the wall between the room and the room can be used as a group up to 18 people, and the hall and the room boundary did not look like a room. The hall was also constructed of fixed-type partition seats on one wall of the hall, and the space next to the counter was designed to make a single-seat table long to widen the choice for various customers.

Traditional wooden structures in the form of gable have been refined to the extent of strengthening the structure, and used as elements that allow vertical viewing of the hall space and showing the past. In addition, lighting was secured to the ceiling and the vertical downlight was installed on the hall table in order to show the ceiling at night.

The absence of metallic materials falling from the rugged old wooden top serves as a part of modern expression. Partition, which is the boundary between hall and room, was intended to add refinement to the sliding door form using metal + glass, and room ceiling was lowered to accentuate the hall ceiling, giving room users a cozy atmosphere. 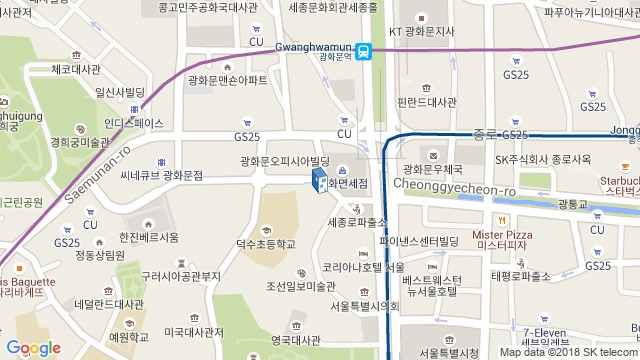 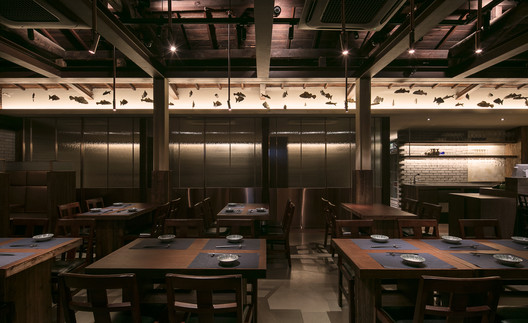 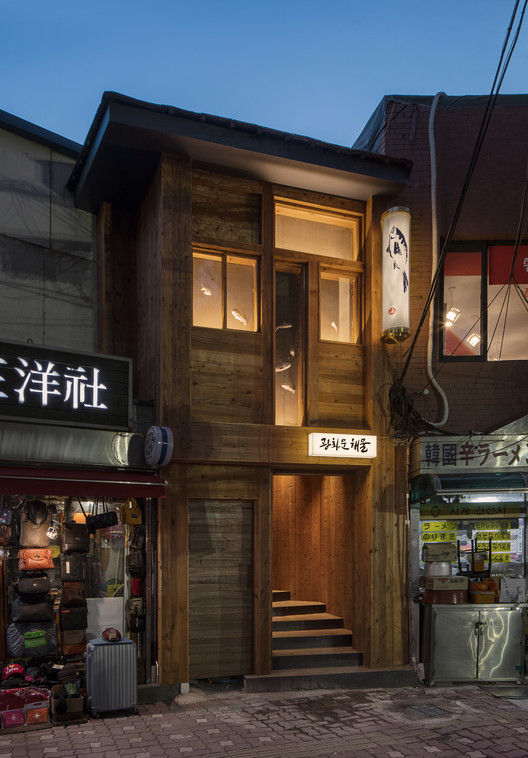