Save
Center for People with Disabilities ASPAYM ÁVILA / amas4arquitectura

Text description provided by the architects. The ASPAYM Foundation, for disabled people, in its XXV anniversary, has decided to build this small center near Ávila (Spain). The program turns around the rehab space, which is an extension of the hall. These areas are polyvalent, because the absence of structure and the transparency of many partitions. All the corridors, bathrooms, furniture and rooms are for disabled people.

The building is a rectangular ground floor pavilion along the street. It divides the plot into an access porch, a parking and a backyard. In an ugly environment, still unfinished, we have opted for the autonomy of an hermetic volume, with a strong material presence. But as soon as people enter, they can held a gaze out the window, towards the garden.

The entire construction is resolved with a ceiling with laminated wood beams that floats on the ground at 2.70 m. The beams are separated 1.50 m to axes and are 72 cm wide. It gives the roof a strong presence and a plastic relief. In this way it is expected that the views and the interior atmosphere will be trapped under a singular but kind "lid". The energies of the project are concentrated in this sculptural ceiling because users perform a good part of the rehabilitation activities lying on stretchers facing upwards, or have a low vision because the wheelchairs.

The roof is supported by perimeter walls made of white concrete, which form a façade that is more closed to the street and a discontinuous façade to the garden. The windows and the main partitions are resolved with glass from floor to ceiling to preserve the continuity of the space. There are only opaque walls in offices and toilets, to the bottom of the beams, such as doors and windows. In all areas, the floor is made of large-format non-slip porcelain tiles, also in the baseboards. The floor is radiant-refreshing, and all the other conduits run through the false ceiling, to leave visible the beams. 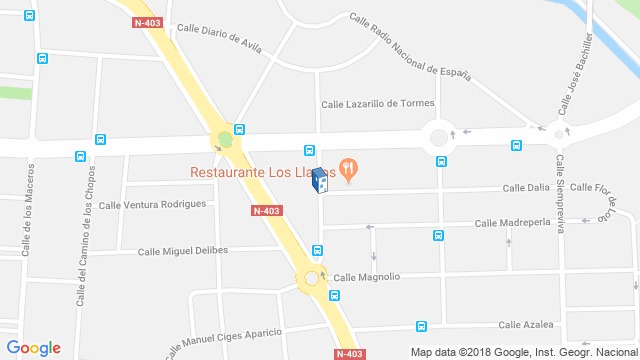