The International VELUX Award 2018 sought to highlight the work of architecture students around the globe who challenge the use of daylight in built environments. The award, titled “Light of Tomorrow,” was launched in 2004 and is awarded biennially for creative interpretation, exploration, and investigation of daylight in built environments. This year, the winners were selected from over 600 submissions.

The project winner in the category of “Daylight in Buildings” studied the traditional construction of contemporary buildings, their geometries, and their window placement to isolate the limitations of these contractions and propose new methods of building that maximize the natural light penetration and shadow play. The submission, titled “Light Forms Juggler,” is by Anastasia Maslova from Kazan State University of Architecture and Engineering in Russia.

The jury chose this project as the winner and emphasized its work as a manifesto of relevant questions, rather than a design. “The project exhibits rigorous exploration of daylight in buildings related to the urban scale. It showcases a strong architectural mind of thinking and the project raises a lot of interesting questions.”

The top prize in the second category, “Daylight Investigations,” was awarded to a team from Tianjin University in China. The four students explored the limited infrastructure in the rural towns in China’s mountains. The current topography and lack of walkable pathways inhibit students from getting to school safely. The lack of electricity in these areas makes lighting these pathways nearly impossible.

However, the team has proposed the introduction of a small amount of a natural-produced local fluorite as a solution. The natural material harvests energy from natural sunlight during the day and illuminates for several hours during the night. “It is a simple solution that changes the lives of children in remote rural areas. By introducing small pieces of local materials, it encourages optimal growth and thinking,” stated the jury. 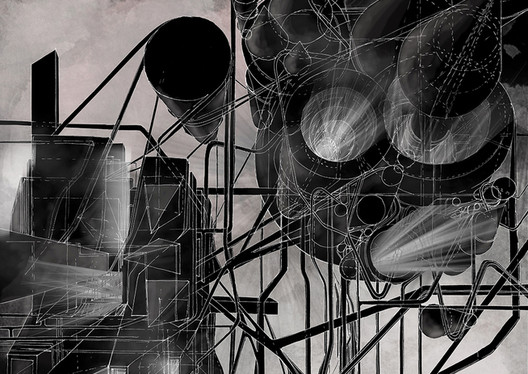