The Royal Institute of British Architects have announced the winners of the 2018 President’s Medals for the world’s best architecture student projects. This year's winners were selected from 328 design projects and dissertations submitted by over 100 schools of architecture in 37 countries. Three medals were presented, as well as commendations to nine students of architecture from around the world. Each year, the medals are awarded to reward talent and promote innovation in architectural education. 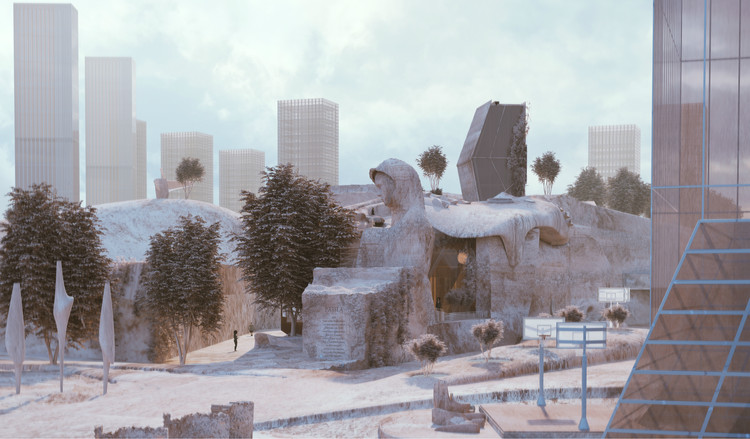 The project (tutored by Penelope Haralambidou, Michael Tite, and Keiichi Matsuda) explores the relationship that individuals and communities have with their cultural heritage. Sonia’s proposal physically carves a Finnish folk story into the fabric of a city and reinterprets contemporary typologies such as a library, workshop, and cultural archive to question whether we can preserve and disseminate knowledge. Sonia’s new building subtly emphasises the powerful role architects play in defining the cultural heritage and identity of communities.

Commendations in the RIBA Silver Medal category were given to:

Ruth McNickle (Edinburgh School of Architecture and Landscape Architecture) for ‘Tilling the Prado: A Furrow of Re-Construction’

For his project (tutored by Martin Gledhill and Frank Lyons), Justin has designed a hotel situated within an electrical substation. Justin’s proposal explores the often uncomfortable relationship between humans and technology and questions whether that relationship should be complimentary instead of antagonistic. In science fiction, humans are often portrayed as being fascinated by machines and their role in future worlds, either relying on the machine to develop enhanced living standards or to threaten their livelihoods. Justin’s project proposes a physical space where the differences between human and artificial are no longer divergent, and the result is a resolved architectural piece that is both sophisticated and beautiful.

Commendations in the Bronze Medal category were given to:

Sam Beattie (University of Nottingham) for ‘A Bridge to Wellness’

Rosie’s project looks at the obscurities and inefficiencies of the nook which has led it to become an endangered species of space, neglected in favour of efficiencies, transparencies and open-plan spaces. The dissertation examines the complex nature of the nook and emphasises its necessity and continued relevance for architectural practice and thought. The judges were unanimous in their assessment of the student as an important new talent and that a submission of this quality at undergraduate level is enormously impressive.

Commendations in the Dissertation Medal category were awarded to:

Ethan Loo (University of Sheffield) for ‘Reading the Past and the Faraway: Simulation, Meaning, and Macau’

Marie-Henriette Desmourès (London Metropolitan University) for ‘The Whole-body Seer: Blindness as Narrative, Subject and a Way of Seeing’

Mark Shtanov (University of Cambridge) for ‘Another Hotel in Africa: A New Prototype for a Community-Initiated, Phased West African Hotel Project with Attached Hospitality School, in Lekki, Nigeria’

RIBA President Ben Derbyshire said that, “the breadth and scale of talent evidenced in the design proposals and writings produced by this year’s winners is truly remarkable. This is an emerging generation of skilled thinkers who are able to distil complex ideas and resolve them into sophisticated architectural proposals. They are all talents to watch.”

The 2018 RIBA President’s Medals exhibition is at the RIBA in London from 5 December 2018 to 15 February 2019, before it tours throughout the UK and internationally. 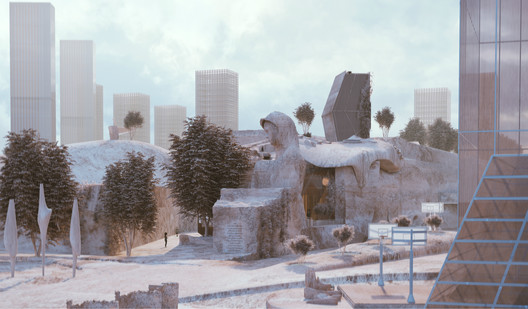