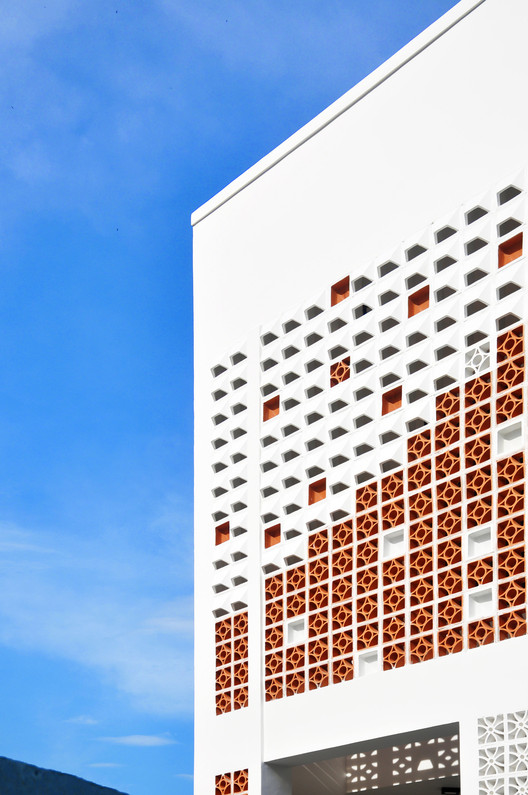 Text description provided by the architects. The house is situated in central Vietnam, where the area is exposed to extreme solar radiation during the summer months. Not only that, but the house also faces the west that led to the front face of the house is directly exposed to the sun in the afternoon. Under such objective conditions, how to reduce the external influence and the heat generated by solar radiation is the major challenge of this design.

Creating a buffer space on the west side of the house is the main means of the design. The west facade of the building is a wall with filtering function. It can block most of the sunlight while allowing cool wind to enter the inner space. The existence of the filtered wall and the buffer space greatly reduces the influence of solar radiation on the main space. In the facade design, the change from densely to sparely was designed according to different shading requirements. Different brick types, colors and compound mode are integrated to create a transitional and presentable architectural appearance.

In addition, due to the limitation of the shape of the site, the house must be a tubular building, resulting in less ventilation and lighting in the middle of the building. A small atrium was created to ensure lighting and ventilation requirements.
After the actual design and use, it can be seen that the walls and atriums with filtering function are in line with the local climatic conditions, and more research and application should be obtained.