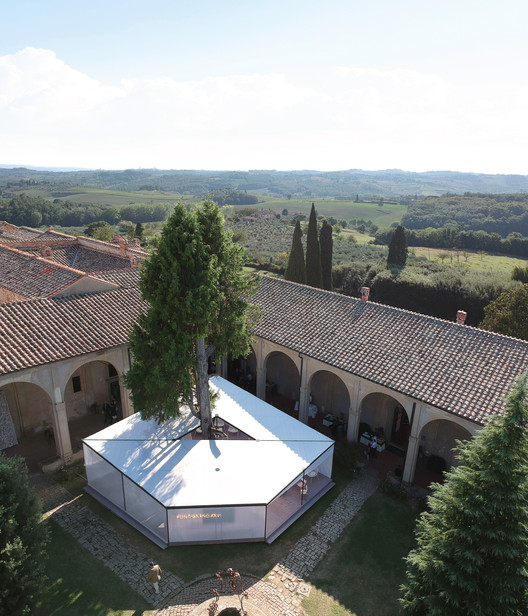 Text description provided by the architects. The Garden Pavilion is a temporary structure built inside the Certosa Di Pontignano, an ancient charterhouse located in the countryside outside Siena which dates back to thirteenth century. The pavilion lls up one quarter of the entrance cloister, one of the four courts around which the complex is articulated. The metal structure derives from a 12 x 12 meters square in plan, formed by triangular modules. Two modules are removed to make room for the ancient well at the centre of the cloister and a cypress at the centre of the pavilion.

The inclined roof, from which emerges the giant tree, sits on a regular grid of columns and articulates the volume of the pavilion. Its slope is aligned with the diagonal of the courtyard and gives the structure an ambiguous scale mediating from the modest size of the well in its lowest part (2,2metres) to the monumental arcades of the sixteenth century porch in its tallest corner measuring 4 metres. The perimeter of the space is de ned by a membrane of micro-perforated curtains which enable a limited degree of transparency between the interior and exterior. 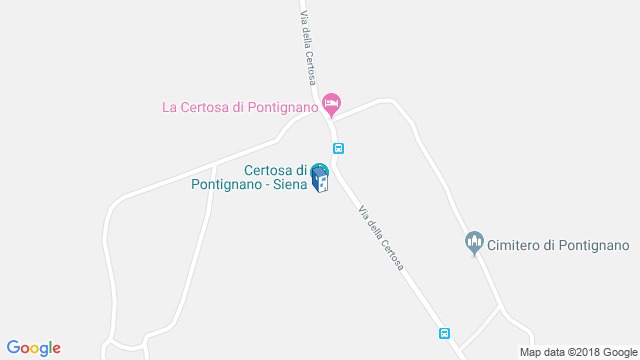 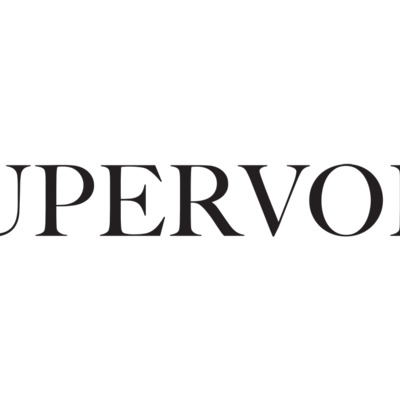