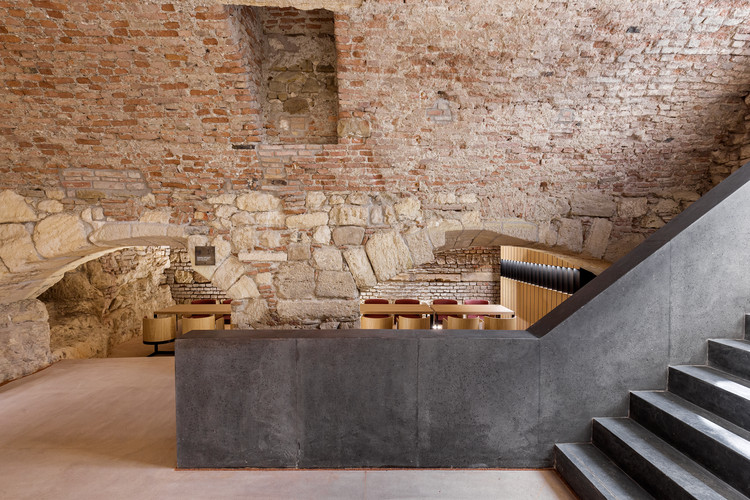 Text description provided by the architects. The old Town Hall of Buda is one of Hungary's most important monuments. It is significant because the magistracy of the Hungarian capital operated here from 1688 (the end of 150 years of Turkish rule) until the late 19th century, and it is also unique because of the layering of its construction history both in time and space. The conglomerate of constructions consisting of several civilian buildings from the 13-14th century was formed during the 18th century in several periods to one unified, representative building reflecting Baroque architecture. In the middle ages, there were probably five smaller houses in place of today’s building, the fragments of which are preserved in the cellars and ground floor walls.

In 1688, almost immediately after the 150 years of the Ottoman occupation, the Town of Buda designated this cluster of plots for the reconstruction of the former medieval houses. The construction history of the house consists of several periods. In the first of the two most important phases, from 1688 to 1891, the works were led by the emperor’s architect, Venerio Ceresola, who made the remains of the medieval building usable again. In 1770-71, Matthäus Nepauer, a significant Baroque builder of Buda carried out the most determinant construction that still dominates today: the uniform Baroque façade – integrating the medieval remains of the ground floor too – was finished at that time together with the corner balconies. The whole building became two-story, the imposing Baroque main staircase was also built, creating a double-court inner space structure, together with the exterior corridors on the ground and the first floor.

During World War II, the building suffered massive damage: the corner on Úri utca and the middle part of the Szentháromság utca wing collapsed almost to the vaults above the ground floor, and more than half of the roof structure was destroyed, the traces of which are still visible today. The restoration took place between 1949 and 1952, and the functions were changed several times, from a historical museum to an institute of advanced study. From 2014 to 2018, the design team of the Hetedik Műterem Ltd., architects and specialists planned the monument reconstruction, modernization, and extension of the building. The scientific background of the work was supported by archaeological and art historical research, based on at least as much archival research as on-site archaeological excavations or wall tests.

The renewal of the building with unique historical value had a dual purpose: the reconstruction of the basically Baroque building with significant medieval parts from the 13th century and its several construction and extension periods during the centuries, by preserving their exciting material, structural and spatial imprints, and at the same time a revitalization that meets today’s demands. While mainly public functions will be implemented on the ground floor and in the basement (restaurant, bookstore, coin museum, etc.), the first floor and the attic provide space for educational and research rooms. Upstairs, the prestigious Baroque enfilade serves administrative, educational and representative functions, and the attic floor becomes the researchers’ workplace.

Covering the courtyards of the building can replace the hall-like space, which would be suitable for events and could play a ground floor-distribution role too. The main thesis of the roofing concept was to keep the courtyard-like feeling and to create them as a homogeneous character for the glass roof as possible. Integrating the courts into the interior had the clearly positive outcome of spatially completing the western court. Here the glazing of the arched openings could be removed, allowing for the return to the original state when the corridors around the court were used as an open „cloister.“ Now the cornices support the steel beams bearing the glass structure, and, in the plane of these beams, controllable white linen lamellas ensure both shading and the required homogeneity, while the channel of the custom-made steel beams conceals the space’s lighting so that is almost invisible during the day. It was an important aspect that the new structure above the cornices should integrate all functional needs, and „float“ over the historic structures as a unified and neutral contemporary element.

The building’s 300 years old Baroque roof was greatly damaged in World War II. Since more than half of it was bombed during World War II, it was necessary to create something new between the three original roof structure parts. In a strange way, the serious destruction of the war did not weaken but strengthened the collage-like nature of the building that developed over hundreds of years. Of course, the destroyed parts of the 300-year-old larch roof structure elements could not be complemented, so they were replaced with another – now contemporary – layer instead. Therefore, when walking in the attic, open Baroque spaces of larger ceiling height and exposed carpentry are alternating with homogeneous new spaces of lower ceiling height. The inhomogeneous solution applied in the roof space is close to the inhomogeneity that can be seen at any point of the building, resulting from the complex spatial nature of the different building periods. World War II damages became an integral, visible and readable part of the building’s history. 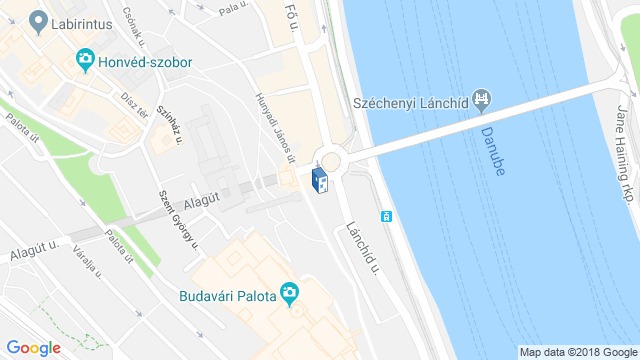 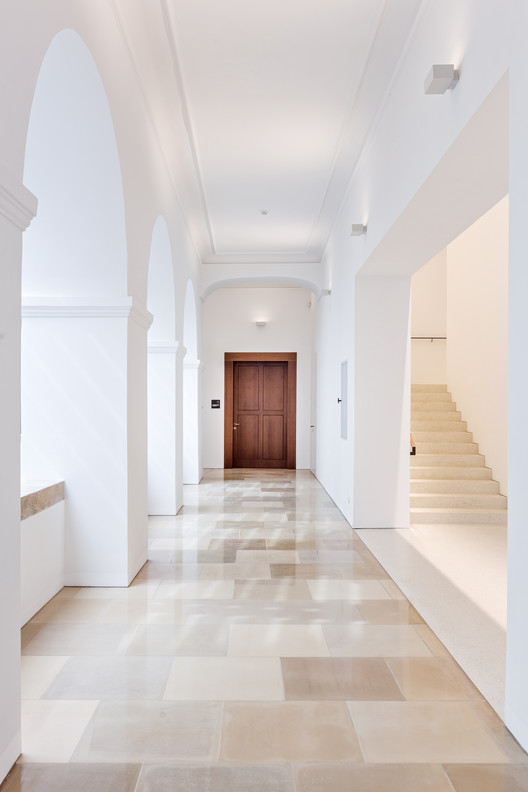 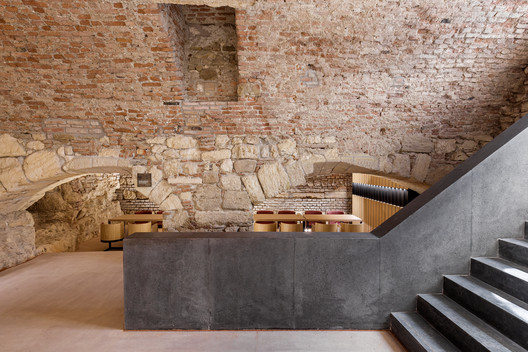