Save
The Tides / Kurylowicz & Associates 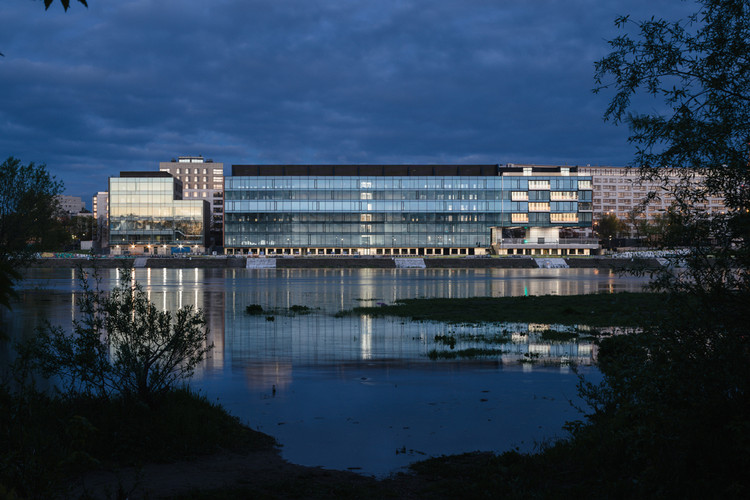 Text description provided by the architects. The Tides and the Warsaw Rowing Society (WRS) buildings form a new face for Warsaw’s developing riverfront. Located on the west bank near the Prince Józef Poniatowski bridge in Warsaw’s city center, the seven-story buildings make up an elegant composition set in between two flowing lines of movement; the Vistula river, and ul. Wioślarska (the Vistula highway). Both add narrative as well as a multiplicity of forces around separate programmatic elements belonging to two different client bodies.

The Tides building provides over 13,000 square meters of high-quality, flexible office space, 10 luxury apartments, a restaurant, and a bar while the WRS building contains boat storage, conference rooms, offices, a gym and washroom facilities which belong to Poland’s oldest sports association: The Warsaw Rowing Society established in 1878. Both buildings overlook the naturally lush and wild east bank of the Vistula River and the national stadium.

The buildings from the Vistula highway have a maritime quality which scatters a series of fleeting images in a location which was in need of an urban presence. The Tides building appears docked at the riverbank, its faceted timber mass, clad in wood veneer HPL panels, creates a dynamic buffer between the buzzing transport route and the serene qualities of the river on the other side. At certain moments the building becomes suspended, revealing glimpses of the gracious shoreline and Warsaw’s thriving river walk.

From over the river, viewing from the bridge or the east bank, the architecture becomes entirely abstract. The buildings disparate programs, which required varied façade transparencies, become unified by a pleated glass curtain as if the mass has been broken to free the spaces within, revealing to the riverfront a shimmering cascade. At night the buildings project watercolor impressions onto the surface of the Vistula river.

The Warsaw Rowing Society building is a smaller, calmer and civically scaled mass and is clad in dark vertical timber panels. A lower four-story glazed annex, which visually connects the WRS building with The Tides, includes the rowing club’s training pool which allows the club to train at any time of the year and it is set so that the athletes face the river while rowing. This double height space is fully glazed lets natural light into space and invites the public to catch a glimpse of the action through the window. Within the glazed rowing pool volume and suspended over the water like a theatrical fly tower, is a stepped platform allowing coaches to get multiple views of the rower's stance and technical positioning.

The Tides and the WRS buildings bring the city to the edge of the river. Located on Warsaw’s key cultural and historic cycle and pedestrian route, close to metro, bus, and tramway stop; opens up the capacities of the location as a new life and work neighborhood from which episodes of urban life unfold along the Vistula boulevard creating a lively and congenial social environment on Warsaw’s riverbank. 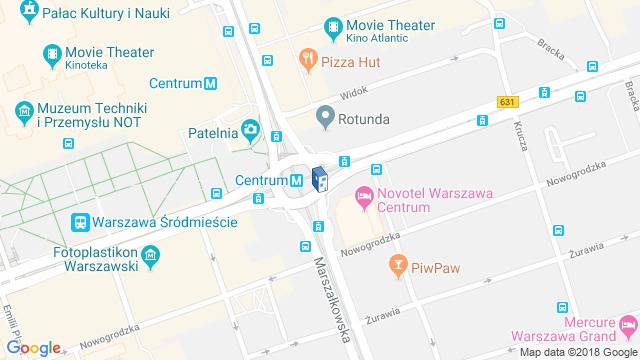 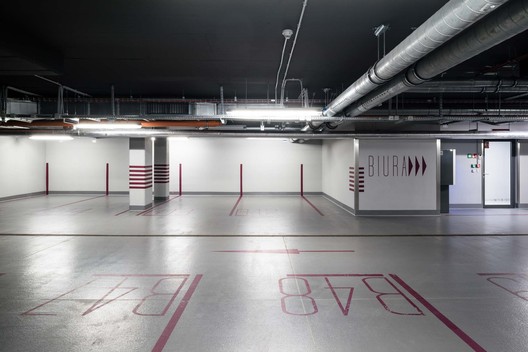 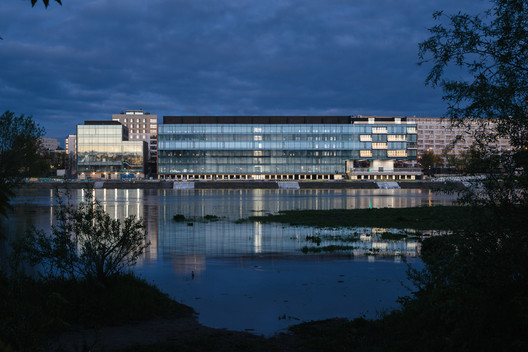