Save
Social Housing in Can Batlló / Espinet / Ubach 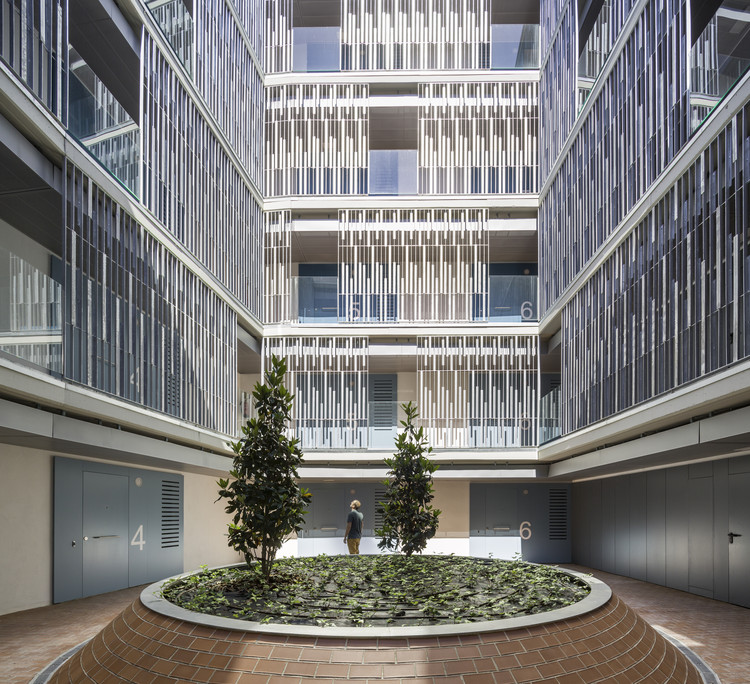 INTERIOR COURTYARD AS A HEAT ENGINE
The architecture studio Espinet / Ubach has completed a project consisting of 26 social housing units situated next to the emblematic old textile factory Can Batlló in Barcelona. A central courtyard is the driving element of the project, as it regulates the temperature of the building and acts as the epicentre of community life.

The residential building of Can Batlló is the result of a public competition organized by the Municipal Patronat de l'Habitatge de Barcelona (PMHB). It is located on a residual site, bordering the former textile factory of Can Batlló (which has been classified as ‘of public interest’), in the heart of the Sants district.

Under the title ‘Opening Roads’, the competition presented the concept of a ‘wrapped’ structure of different heights, in accordance with local regulations on exterior and interior levels.

This initial approach allowed us to explore the qualities of an interior courtyard, not only as a lighting and ventilation element, but also as an instrument of connection between the dwellings. The courtyard works as a climatic machine and has obtained very favourable results in the bioclimatic study of the building.

The programme presents a new way of understanding the internal layout of the dwellings. A ring of service areas has been placed around the courtyard, in the inner crown, and flexible living areas on the exterior facade.

The ‘skin’ of the building adapts to each façade and produces optimal visual assembly. The result is the subtle fractures in the façade, the de-orthogonally of the envelope, and the break in geometric order of the dividing walls.

The building has a robust presence at street level.  A porch shelters the entrance to the garage and enlarges the pedestrian access to the Can Batlló park. The treatment of facades reflects this intention; vivid white vertical perforations on the floors that accommodate the apartments and dark grey in the treatment of corrugated sheets on the ground floor. The building appears to ‘float’ thanks to this chromatic contrast.

Founded in Barcelona in 1976 under the direction of Miquel Espinet (1948) and Antoni Ubach (1944-2018), the studio’s work is based on social and cultural commitment, technological innovation, a respect for the environment and functionality. Among their most recent works are a medical research complex in Barcelona, ​​a winery in Tarragona and the restoration of the emblematic Palau Pons i Pascual in Passeig de Gràcia, Barcelona. 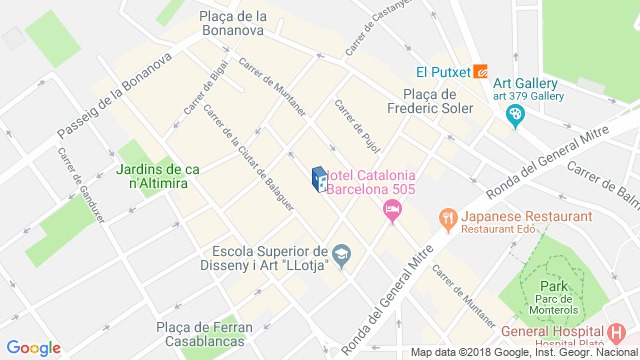