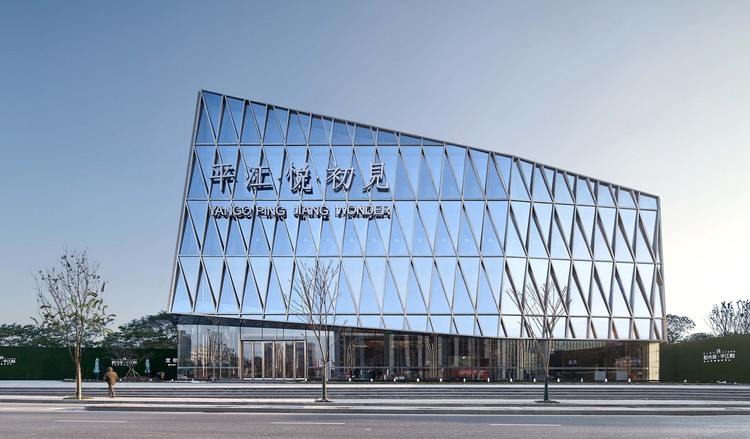 THE NEGATION OF NEGATION
According to the law of “the negation of negation” in Hegel’s Science of Logic, the result of self-sublation is never nothing, but is characterized by new contents and forms. Such dialectic speculation forms the basic design logic for this building.

The building sits in the core area of the flourishing new town of Pingjiang, Suzhou. For the city, the building will be an exclusive experience center and a remarkable bookstore. But to the architects, being both a splendid city landmark and modest humanistic site has characterized the building to be the carrier of conflicts and contradictions.

HIGHLIGHT AND HIDE
To hide it into the 500,000 square meters of a titanic city complex, or to highlight its independent characteristics within the tiny 1800 square meters? That is the first speculation we have.

As the first building amid the city complex turned from obsolete houses and farmlands, we expect it to stand out in the mess and pioneer in the new town. After the completion of the entire city complex project, we hope it can remain culturally unique and serve for the local community. But how to define it properly? An icy cluster of metal or a soothing piece of jade?

Rounds of negations directed us to shape it like a delicately-cut crystal, which is solid, soothing and strong. Dividing the building horizontally into 2 parts, we faceted the upper part and battered the sliced facades by a vertical angle of 4-6 degrees toward the sky, while we make the lower part open and transparent and fit it into human scale for better integration into the streets. Thus, both parts can naturally merge into the different stages of development of the new town.

EFFICIENT AND EXQUISITE
Carlo Scarpa treated seriously even the smallest detail of his Castelvecchio Museum in Vicenza. A building is perceived through the quality of its details. But when limited by time and cost, how to guarantee a precise and detailed exterior design is another speculation we have.

Although modernistic aesthetics favors complete glass curtain walls, wouldn’t it be a lot more breathtaking if tints and shades of light flow above the surface of the building? The Rose Cut, one of the diamond faceting method in the Renaissance, inspired the combinations of inlaid triangles. The apexes of each triangle glass are tilted in with a specific angle, forming the slight ups and downs on the exterior and reflecting the daily and seasonal variations of the sunlight.

However, challenges arose during the construction of this specially designed curtain wall, for example, the stress problem of the apexes that increases the fragility of the glass, and the flattening of the large glass panels sized 5m*1.8m. After systematic research and close collaboration, the unique diamond-like exterior took shape eventually.

EPILOGUE
The building has been completed, but it is far beyond the building itself. To the architects, nothing is more precious than the design process full of contradictions, speculations and negations. 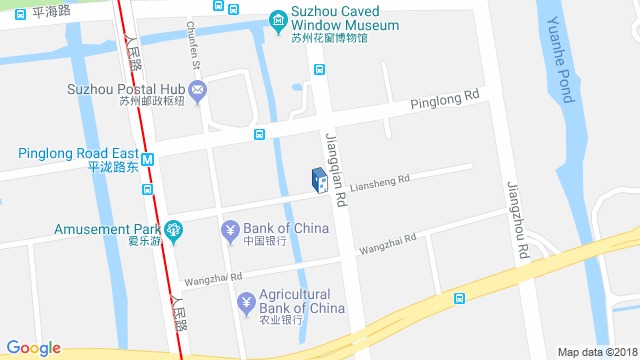 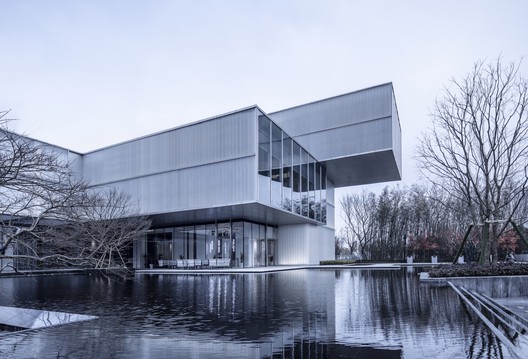 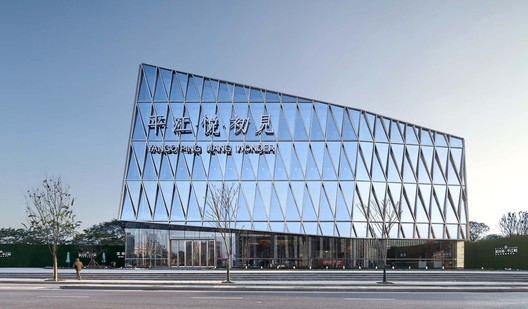