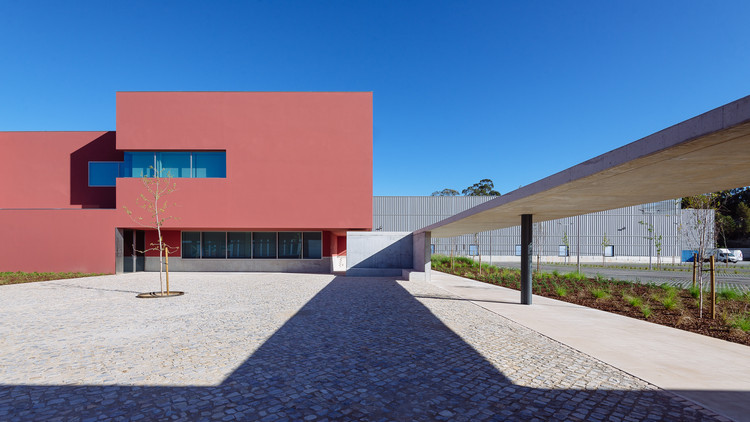 Text description provided by the architects. The former Topázio’s Factory site results from the relocation of the previous Emídio Navarro Avenue unit, in the Coimbra city center, to Pedrulha’s Industrial Area in the late 1950’s.

The strong presence of this building in the former National Road 1, currently known as Rua Manuel Madeira, can be seen, mainly, on its elevation extended along the way, with a modern language where the horizontality and the repetitive rhythm, given by the openings and friezes, are outstanding. On the other hand, the vertical gestures of the tower used to protect the Silos, attached to the transparent.
Manufacturing Room, and of the limestone wall where the institutional masts are anchored, appear in clear contrast on both east and west ends of the elevation, respectively.

From the 1960’s onwards, these buildings have suffered successive extensions which altered significantly the original architectural composition. These extensions, as well as the several arbitrary demolitions, made the plot and some of the original project´s boundaries, practically unrecognizable.

The programmatic distribution required for the Headquarters and Logistic Centre of the Plural Pharmacy Cooperative’s new facilities led to various interventions in the remaining complex: the principles of preservation and valuing applied in the rehabilitation of the old Tower of the Silos and the Manufacturing Room were also considered for the existing public façade which determined the height, the finishes and the colours of the new interventions; the new construction, attached to the rehabilitated main façade, materializes in a markedly contemporary language that, rather than creating safety distances, attempts to assume the possible compromise on a purposely dubious contagion between two lexicons: yesterday and today. 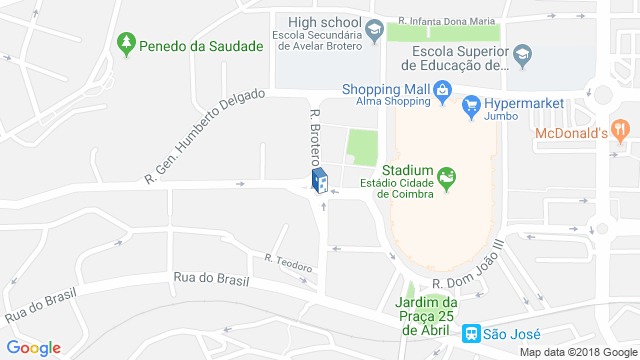 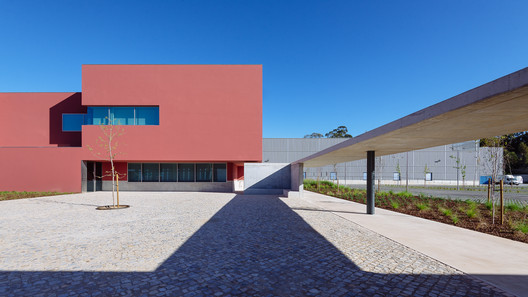