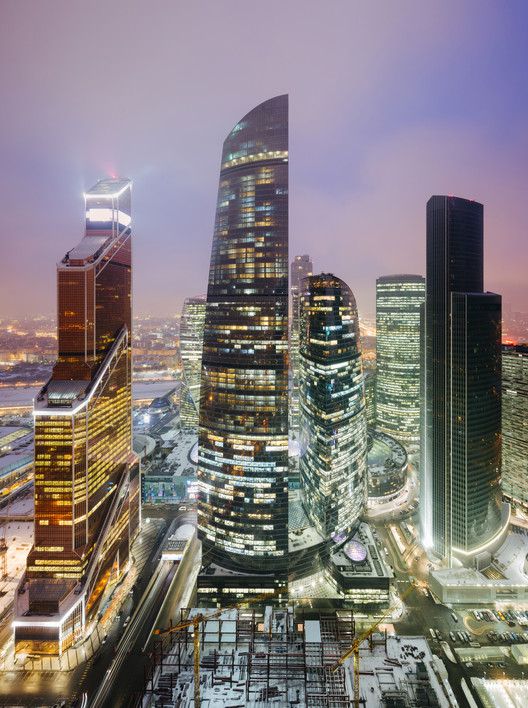 Text description provided by the architects. Federation Tower is a complex consisting of two skyscrapers – the 63-storey Tower West and the 97-storey Tower East – on lot 13 of the Moscow International Business Centre in Moscow. The two towers stand on the same mixed-use plinth. The most recognizable high-rise landmark in Moscow, Federation Tower has a memorable silhouette in the form of two glass sails which face one another.

The Federation Tower complex ascends to 374 meters (in 2017 the Council on Tall Buildings and Urban Habitat – CTBUH – recognized it as the tallest skyscraper in Europe). The design is based on the concept of the vertical city, which was realized here for the first time in the history of modern Russia. Each of the towers has a combination of office and residential floors, interspersed with sports and entertainment functions. The six-storey plinth likewise has offices and a shopping gallery. There are more public facilities on the upper floors of the both towers: a restaurant, an observation deck and a multifunctional public space for events.

The basis of the foundations of the Federation Tower complex is a massive concrete slab. Both buildings rely for their stability on a mighty concrete core whose walls are 1.4 meters thick at its base, as well as on 25 perimeter columns extending all the way through the towers from the foundations to the top storeys. Each column has a base measuring 2 x 1.4 meters. Every 25-30 storeys there are outrigger storeys made from high-strength steel structures. The façades have been glazed using the very latest glazing systems: the surface of the glass reflects the sun’s rays while preserving the optimum temperature in the building. In terms of density, the glass comes close to the thermal performance of a brick wall. At the time when use of the latter technology began at Federation Tower, it was being used in no other skyscraper in the world. 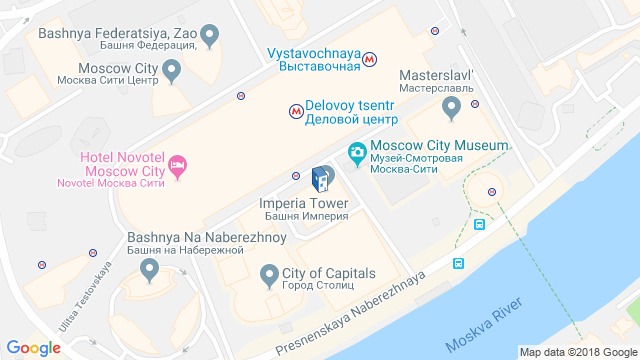 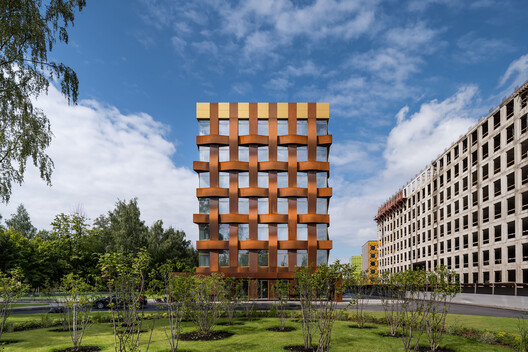 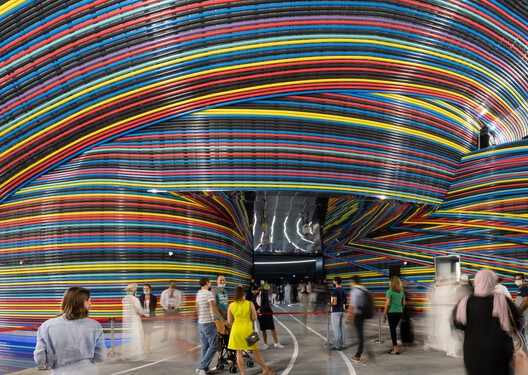