Save
One Roof House / Ambroggio arquitectos 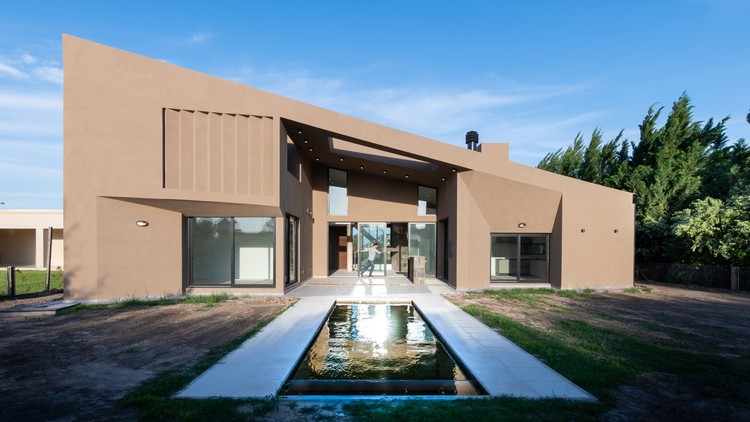 Text description provided by the architects. One roof house is in a closed neighborhood in Rio Cuarto, in front of a green space. The owners of the house chose the site because they did not want to have indiscreet views. They wanted a contemporary house, but they refused a modern flat roof. Bad experiences with flat roofs (on behalf of their owners) forced the study into an alternative that would remove any fear in this regard.

These two circumstances define the project. Open spaces that allow you to enjoy the views on the fronts of the lot under a single sloping roof. The game shows a central axis (green space-garden-being-gallery-pool-patio) crossed perpendicularly by the axis of the roof. The inclination of the roof is designed for the winds of Rio Cuarto, which in some months of the year are intense.

The shape of the roof defines the interior and forms a central space in double height. The large box finds counterpoint in the large windows that naturally illuminate the space. On the north wing are the bedrooms, the desk and the atelier; in the south wing the service spaces. For the slab a reinforced concrete rib structure was used, which is covered with a colored sheet metal cover. 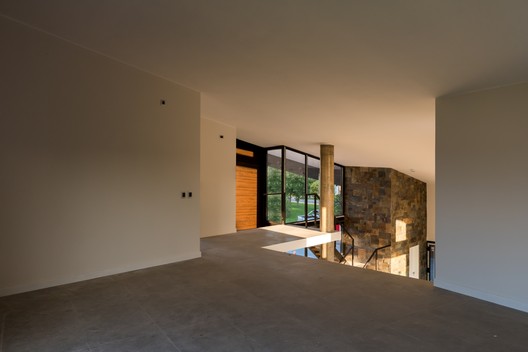