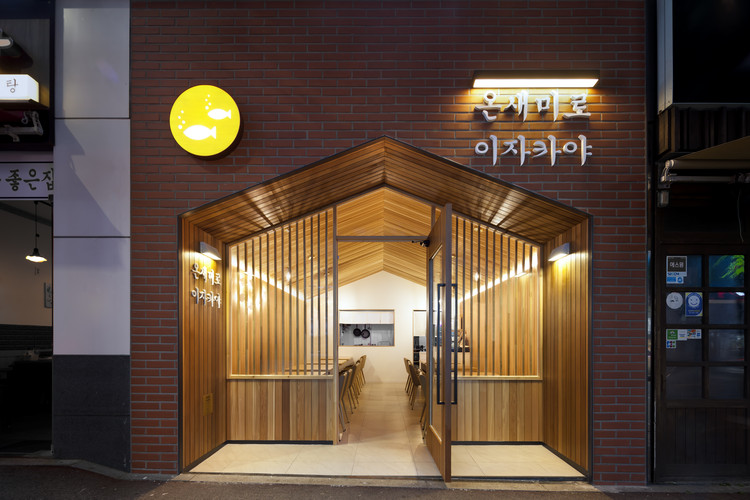 Text description provided by the architects. BEGINNING
This project was totally different from other architecture & interior design works.
I was with the client from the site selection, one step ahead of the usual commission process.

The client and I made a final decision where the monthly rent was more expensive than other shops but located in Main Street after comparing several candidates.

ISSUE
The Main Street also means that there are always high risks.
The building we were going to be part of is a large four-story building and it was just a single building located between lots of building forest.

The biggest issue at the time of the site selection was that there were a large number of shops that had changed in just a few months before they could endure the high monthly rent.

Nevertheless, the client showed confidence in the dishes and expressed willingness to challenge it at reasonable prices through analysis of surrounding restaurants.
What’s left was a role as a designer.

SOLUTION
In front of the site, there were narrow sidewalks, bicycle paths, four lanes, and two large trees. Those things were not creating a pleasant atmosphere for pedestrians. In addition, there were gloomy pubs on both sides of the site, which made me feel depressed while walking up and down the street, especially during the evening hours.

So I decided to design with a focus on solving some of these spatial problems.
Although it was a small size of restaurant, the entrance was partially allocated to public areas by setback in order to provide space for pedestrians and attract their eyes. And I also thought that it would be appropriate for them to create a small CABIN in the URBAN like chaos.

A gable form from the outside to the inside and red cedar finish was the most minimal design to provide a small CABIN for them. 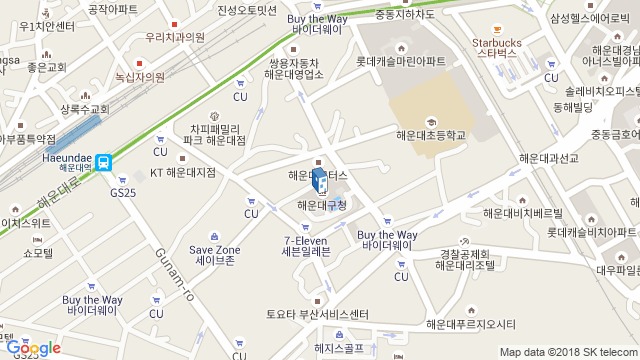 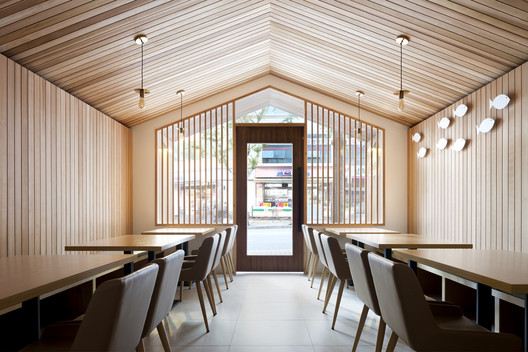 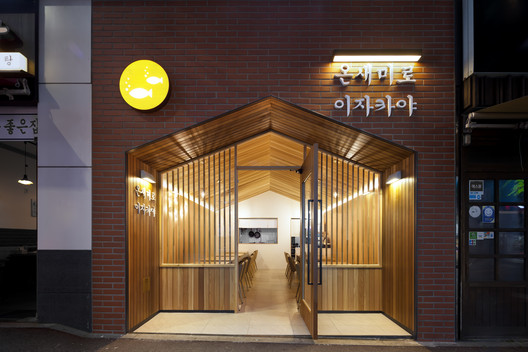