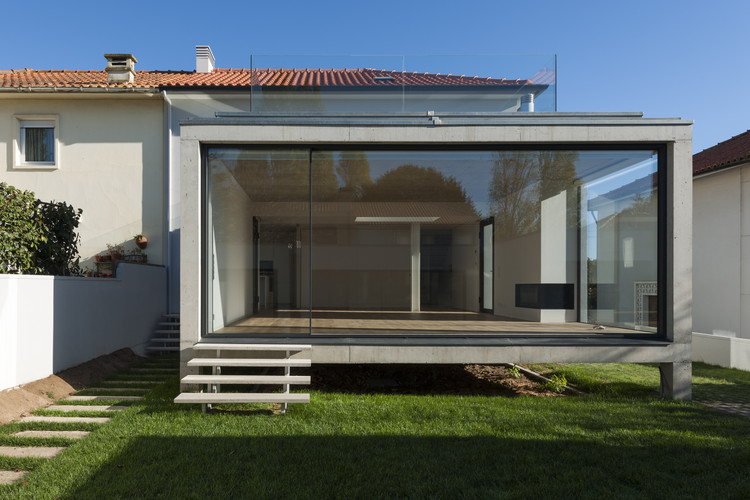 Text description provided by the architects. The project arises from the need of rehabilitating a semi-detached house, integrated in an economic neighbourhood and built in the second half of the 1950s.

Its location, next to a large urban area, has become attractive for younger families. However, due to the small scale of the house and considerable partitioning of the interior spaces, it was necessary to intervene in order to increase the areas and to update the space with respect for its use.

The expansion of the living space was then thought through the redefinition of the pre-existing rooms and the use of the outer space, with the construction of an autonomous volume, which is assumed as a new archetype, different from the affordable house of the 1950s. Functionally, the bedrooms remain in the pre-existing area, while the new extension receives the social spaces. The strategy of the project was based on this separation between the two constructions, emphasizing the language and materiality that the new volume assumes, with a clear allusion to the work of Mies van der Rohe. This light and transparent construction presents itself as a counterpoint to the compact volume of stone basement and roof.

Together, one archetype does not annul the other, being that they complement each other and value their identity by matching the different ages of the neighbourhood.

The point of mediation and connection between the two distinct moments of the house is the entrance door, through which we arrive and leave. 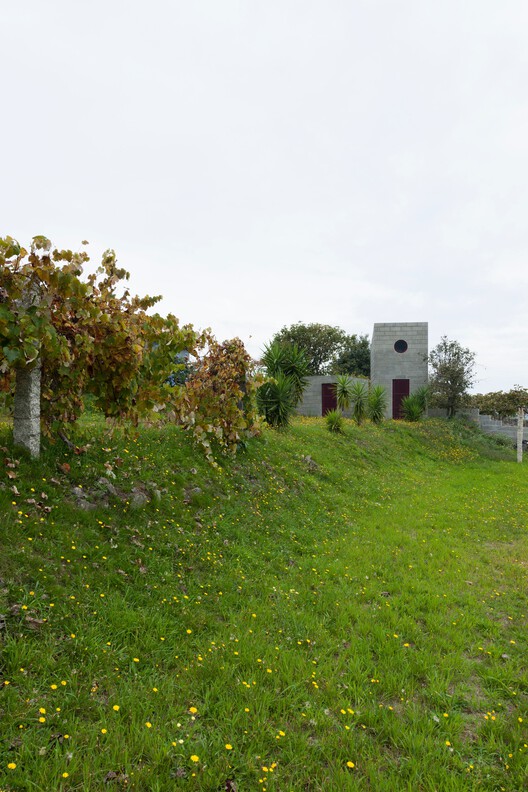