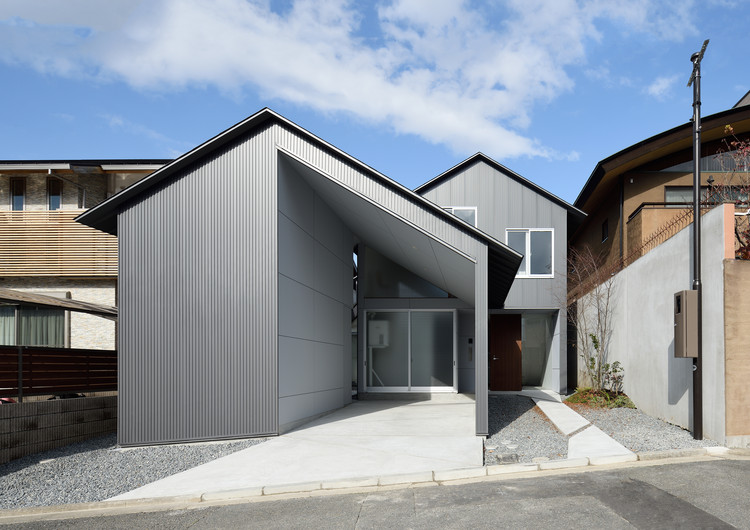 Text description provided by the architects. We tried to interpret traditional gabled roofs in new way, because of Kyoto's townscape codes, within the framework of modern dwellings. As Laugier's "Primitive Hut, "gabled roofs hold a sort of fundamental appeal. However, we felt there was a problem in their strong axis of the direction and the fact that sunlight in the house is distributed unevenly. Additionally, we also saw an issue in dealing with the gable's outward thrust.

We took a long gabled roof spanning a deep plot of land and divided it into four parts. We shifted the position of the four square houses, starting from the one closest to the street, rotated them and changed their heights. In such a distribution, we created a sheltered space between buildings, while diversifying the house's axis line. The center of the house is a one-story kitchen-dining volume angled at 30 degrees. From this area one can look into each of the rooms on the first and second f1oors of the two connected roofs. A sense of openness is generated by the discontinuous sequence of rooms with varying roof heights and tilts which are built from a combination of twisted single-and double layered volumes.

The house is depending upon wooden wall structure, but we made it possible to place a large transparent opening in the garden-facing wall through having the roof beam of the single story structure to act as a brace. In this way, through setting together different constructional components at openings and squaring the roof's joist with the gradient，we have changed the gable roof shape into a structure which does not generate thrust. The shifting and layering of the gabled roof created spaces where natural light-filled active areas and areas for books are. Through this project, we would like to create deep relationships between each room; between the rooms and the garden; and between both of these spaces and the surroungdings. 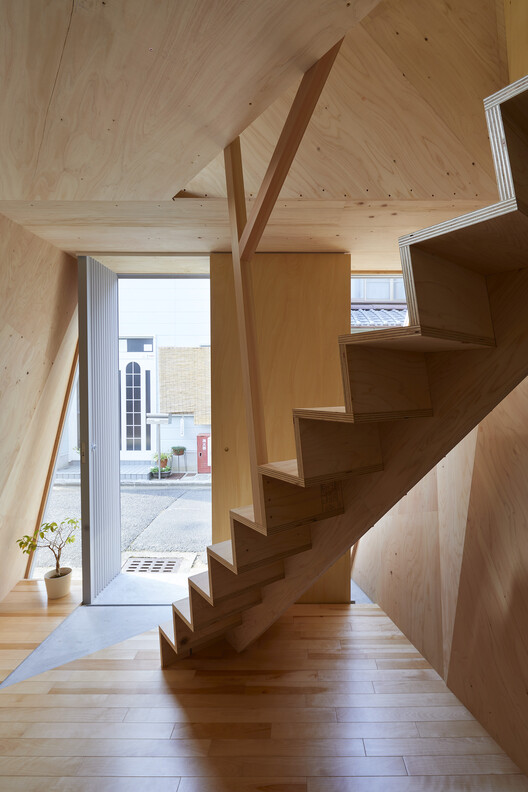 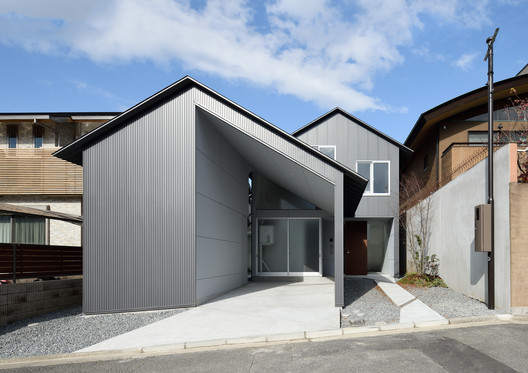