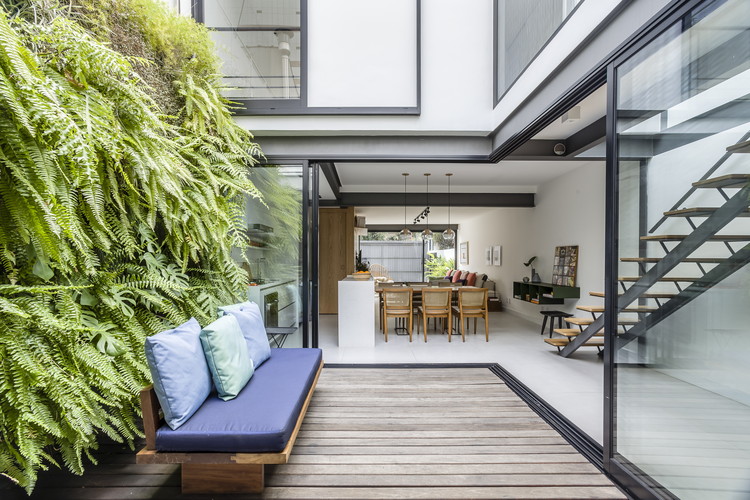 Text description provided by the architects. The house was designed for a young couple, newly married, who loves to host. She is an architect and her husband own a restaurant. The parti was to fully integrate the environments to increase amplitude, bringing an airy and well-lit space, since the old house was very small and segmented. An open kitchen and a garden were also designed, creating space to spend time with their friends.

The solution to a semi-detached house on both sides was the start of the renovation project. The lateral service aisle was removed, allowing this space to integrate with the new layout, reinforcing the idea of creating more ventilation and well-lit spaces into the home. An interior courtyard was created as a glade and the eaves from the back elevation were removed to increase the incidence of natural light.

In this courtyard, a green wall was created to bring nature into the house. A glass walkway was inserted as a vertical circulation allowing the residents to enjoy the garden while accessing the second floor. The renovation project for the house demanded the insertion of some structural reinforcements during the design process. A sequence of metal beams was created after the demolition of the old supporting walls and consequently revealed the skeleton of the original construction. The main idea was to show the counterpoint between the original and the new integration concept leaving all the new beams apparent.

The vertical circulation was relocated to allow the program for 2 suites on the second floor. A third suite was proposed in the upper deck as a possible expansion in the future. This solution became feasible because of the disruption of the volume, through the patio, creating a different well-lit façade for the house. In order to ensure good airy and well-lit solutions for the house, the project proposed large glass panels, as presented in the front window and the inner patio. These panels, when opened, allows a cross ventilation axis with a generous exchange of air.

The light colors were elected as a strategy to reflect the light, introducing brightness for the spaces. On the ground floor, the option was to use a tiled floor, to ensure the convenience of cleaning and maintenance. The service area, washroom, and pantry were covered by American Oak wood panels, to increase the warmth in these places, composing the ambiance with light colors and smooth tiles.

The interior design pursued to explore different textures, such as steel, straw, stone, wood and vibrant fabrics to balance with a minimalist architecture. Additionally, the choice of materials with thermal and acoustic insulation was intended, because of the high noise pollution of the region. The idea was also, combined with other solutions mentioned before, create a microclimate in the middle of a vibrant commercial neighborhood. 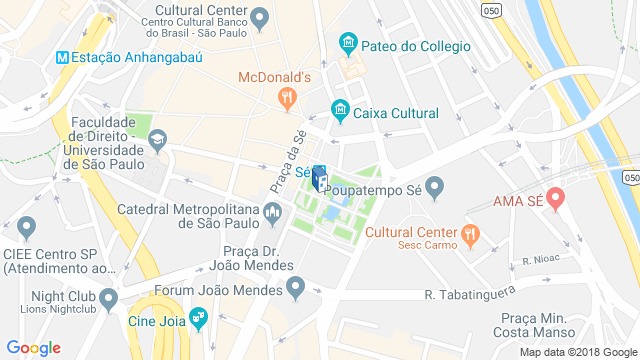 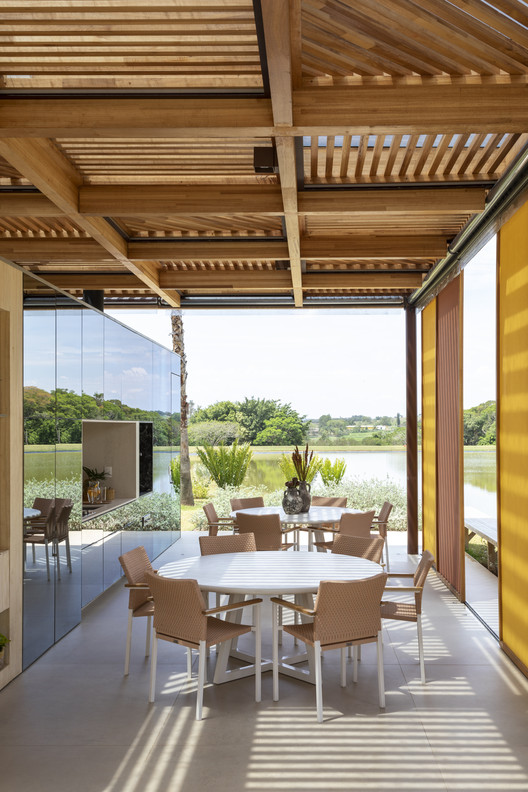