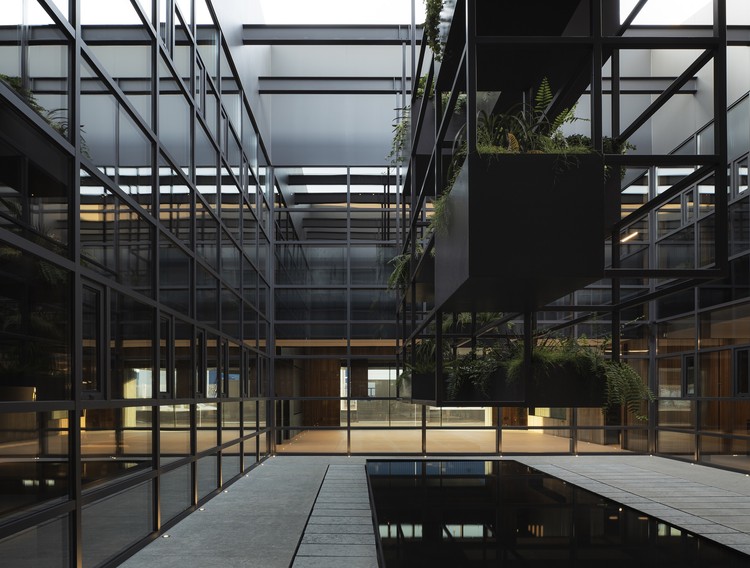 The starting point for the design of the offices of Arkoslight in Ribarroja del Turia (Valencia) was to explore the integration of the work areas with the company showroom. With the configuration of a vigorous central patio and an open approach of the spaces, the new concept aims to facilitate the meeting of natural light and the brand's luminaires.

The relationship between light, space and matter is converted back into a vehicle of expression for the studio, while the support of the architect Víctor García has added a precise dimension to the work. Starting with the double-height lobby, the walnut wood, laid out as slats in different sections, coexists in a balanced way with the black steel, and integrates the reception desk and the access doors to the work areas. This lobby, featuring a composition of SPIN suspension lamps, faces a glazed enclosure that delimits the courtyard and has been enriched with aluminum profiles on the outside, and wood inside. The composition has as particularity small shutters that enclose the windows, while its transverse and longitudinal transparency, bathes of light not only the work areas, but also the part of the factory annexed to this extension.

Parallel to the patio, two staircases have been designed that connect the different levels of the building, executed both in steel plate dyed in black. The largest and most spectacular is derived from a geometric exercise and calculation of weight that has just defined its shape and dimension. The showroom, also divided into two heights, recreates small environments that seek to communicate the energy and qualities of the products on display. On the lower floor, a large meeting table and a training area emerge the perimeter of these spaces, while the upper floor has a lounge with light sensations and a networking area. The first has been covered with a large-format porcelain gray mink tone, and for the second Parklex has been used in walnut, contrasting with the black and white colors of the project.

The action in general lines sought to facilitate the meeting between employees so a large flown bridge makes the horizontal link between the showroom and some of the work areas. In this line, another significant meeting space is a cafeteria completes the experience in offices and follows the same discourse materiality as to the rest of the project. On the other hand, the acoustics in the open work areas to which a sequence of sound-absorbing plates upholstered in dark blue Kvadrat fabric has been incorporated into the ceiling, also contributing to the aesthetic warmth, is of great importance. Among them, different models of luminaires of the firm have been integrated.

The exterior of the building has been intervened in a measured way with different openings and a new access. This is accompanied by a large cantilevered visor, executed in steel, with a section integrated with the cutting of the facade. The articulated lighting on the floor delimits the building, to which areas of flower beds adhere to black gravel and olive trees, a symbol of Mediterranean hospitality. 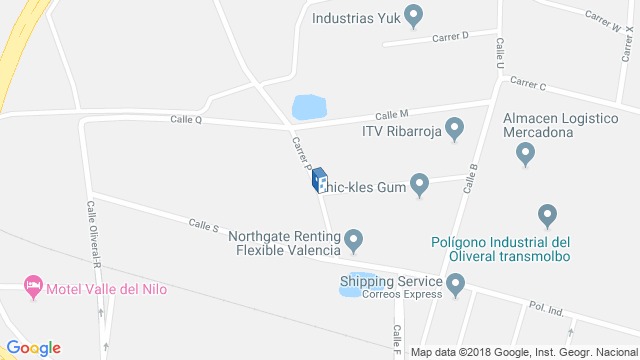 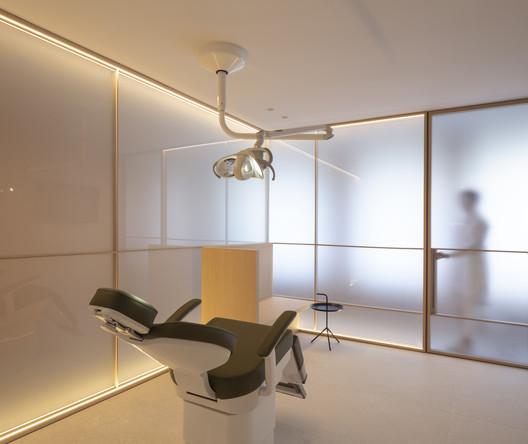 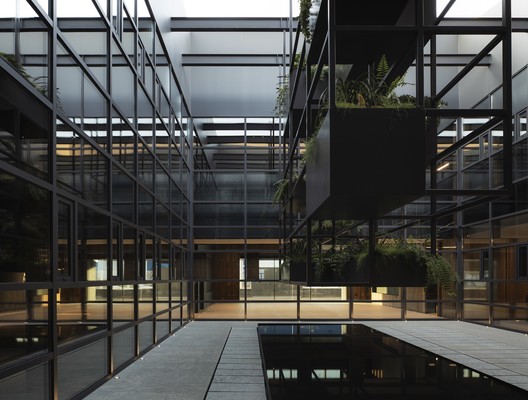