[Context of the City]
Honggutan New District is a newborn city area of Nanchang on the west bank of the Ganjiang River. Like all the other China's burgeoning urban new districts, it is focused on building efficiency among a one-time, large-scale construction wave.

The cloud center is located in the geometric center of a newly built office industrial park. The surrounding hardware facilities are fully mature. On the south side is a block of business, on the west side is a youth apartment, and on the east side is a low-rise office. The north side is a landscaped square.

High-speed urban construction has only completed the functional level of demand. For such an emerging park far from the city center, it takes a long time to develop the community spirit and establish more complete public activities. So we also formed the original intention of our design: let the young people who are new to the park, in addition to work and life, can also "play" here.

[Status of the Existing Situation]
When we accepted this design commission, the entire basement of the park had been completed and the column network could not be adjusted.Its function requires a showroom and supporting business on the first floor, a conference room and open office on the second floor. On the basis of seemingly capacity, column nets, and boundaries that have been“qualified”, the owner’s expectation is to design a facade design with a“value” feel.

[ Strategy of Concept Design]
We try to break the limitations of the original site column network to the maximum extent, based on the requirements of materialization level such as façade and vision, to stimulatethe flow of people in the office community with a more active attitude, and to realize the new city community in the interaction with the environment. The cultivation of the atmosphere. So we built a climbing path for a pure outdoor surround building thatis completely open to the area.

The starting point of this path faces the green square on the first floor, and through a formal entrance you can climb to the second floor and then to the roof. On the other side of the roof, a ramp is designed to connect directly to the second-floor outdoor commercial line in the South. At the same time, a layer of overhead is set for the effective connection between the Southern District Commercial and the North Plaza, and a path to the basement is opened in the overhead layer.

The formation of this path not only entangled the building, but also connected the functional flow lines of the Southern District Commercial and the North Square, the underground garage and the roof garden.Jan Gale divides activities into three categories: essential activities, spontaneous activities, and social activities.

The path is not only the channel of behavior, but also the connection between space, the collision container of necessary and non-essential activities in life. Inside and outside the building, and between the cities, the placement of the path will stimulate activities to enhance the vitality of the community, promote interpersonal communication, interaction, communication, and promote dialogue between people and the environment.

[Sharing of Roof Space]
The designer's job is to design a path in such a building, but the stories that can occur on this path are edited by the user. Among the roof design, we only recommend two areas for greening and hardening. On the back side of the use, a badminton court was arranged. One side was directly planted with corn and vegetables.

Although it could not be regarded as a landscape design from the perspective of completion, the community spirit reflected by him has already begun to emerge. This climbing trail is relatively independent of the internal streamlines of the building itself, but at the same time the people working indoors can walk out of the office and integrate the shared space of the roof to rest on a fully open platform overlooking the park. The building itself has been defined between very clear functions and externally attached random behavior, as the formation of this path will become more tacit and positive.

[Order of the Space]
The result of formal operations is the possibility of bringing functional interaction to the interior space. The relatively independent exhibition halls, book bars, and conference rooms, because of the entrance to the basement, make the book bar a large step that can connect the exhibition hall and the conference room, so that the outdoor dynamic relationship is brought into the room.

A coherent path is not an end, an open platform is not unique, and the exaggeration of design operations is not a slogan of personal tags or even a free imagination of a homogenous community. 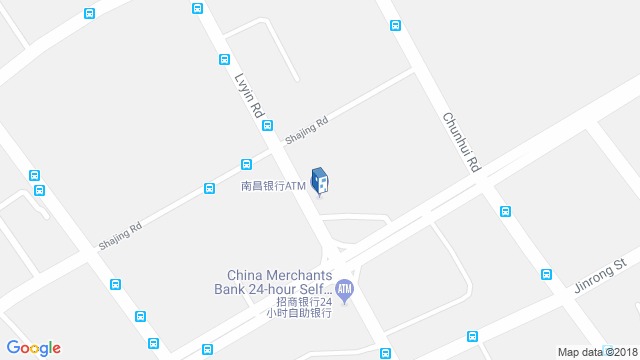 Location to be used only as a reference. It could indicate city/country but not exact address.
Share
Or
Copy
About this office
Dplus Studio
Office
••• 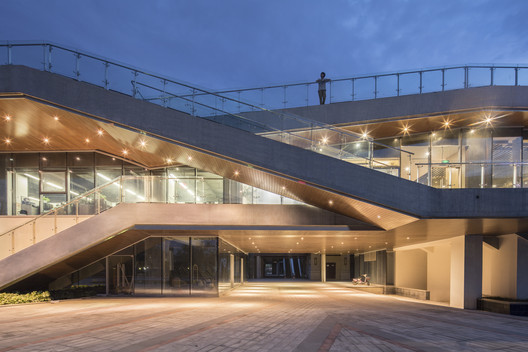