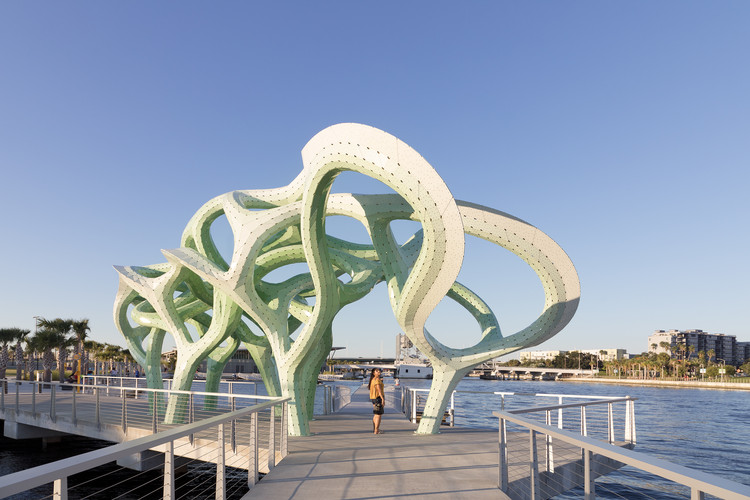 Text description provided by the architects. Where the Riverfront Park recreational space extends onto the waterway, Form of Wander is situated to host new outdoor activities and new memories of the Tampa’s active waterfront. As an inverted mangrove, the green-hued aluminum canopy announces itself among palms as a signal on the Hillsborough River. The tree-like structure appears to float between water and land.

Seven trunk-like columns straddle this path onto the water, inviting visitors to walk around and through on a winding path. They thrust up into a tangle of branches, not unlike the root structures of mangroves which take root along Florida shorelines--part of the resilient ecology, evolved to withstand hurricane force winds.

An atmosphere of filtered light and reflected currents is to be found there, under faceted members that split, arch, and recombine to produce an open network. Gradients follow linear stripes pale green to brilliant white, which alternately highlight cantilevered edges and shadow the interior portions. Somewhere between the natural and the iconic, the piece is identifiable on the riverfront, regardless of the direction of approach, but emphasizes the greenery to be found on the newly opened Julian B. Lane Riverfront Park.

A destination for your Sunday stroll, a meeting point for your morning runs, an obstacle course for games of tag -- Form of Wander is an experience as much as it is a signal on the horizon. From within its boughs, the structure performs as a framing device for the surrounding landscape, both heightening the scenery and providing new visual access to it. 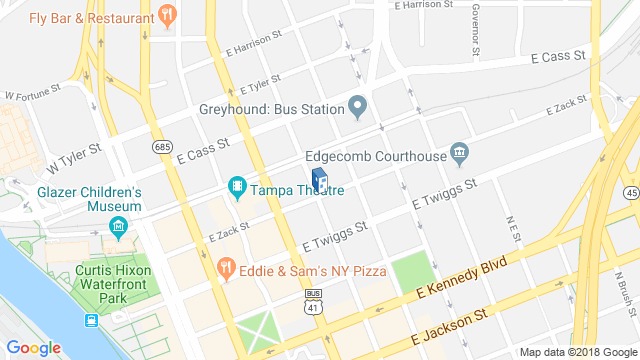 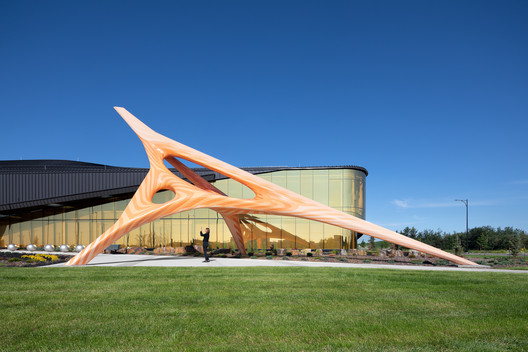 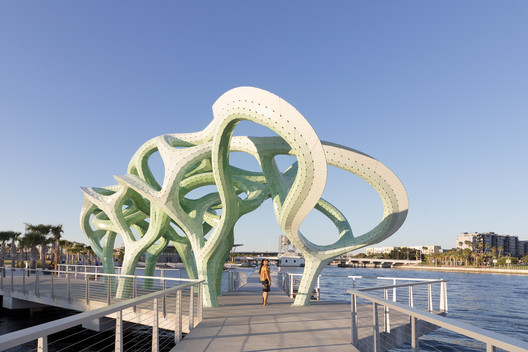