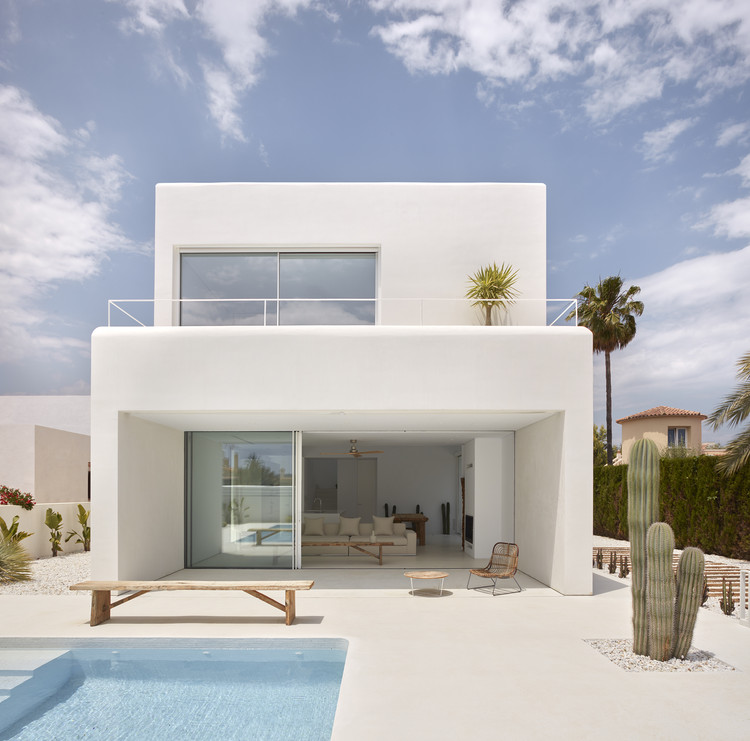 Text description provided by the architects. The design of the housing is born focusing on the style of the Ibizan country house, simple clear lines, controlled light and the white color as the starting stroke. The house is dampened by the light of the city of Dénia, located in an environment in which the accent has to be placed only inside, having to divert attention from what surrounds it. When projecting, a rectilinear formality has been followed, without too many deviations from the plans that make up the main axes of the house.

A design, where the location of spaces is given, mainly, by the path of light throughout the day. Upon entering, the house receives us with a large opening overlooking to the pool, in the foreground, and towards the Dénia castle on a more diffuse plane. This large opening, with the ability to blur, once opened, the interior-exterior relationship, is framed by a porch of the same dimensions, which mitigates the entry of the Sun in the hottest months of the year, favoring on this way the staying in the same.

The access to the interior of the house has been generated through a side access, located on the north facade. This access is accompanied by a large opening, which frames us the views from the kitchen and dining area, increasing the relationship between both spaces, housing a small green line of the outside garden inside the main room.

The entrance opens the space to the main nucleus, a double height space that allows us to break with the exterior continuity. The day zone is delimited by the space with the largest volume and the large opening to which the porch of the main façade precedes. From this space, the rest of the pieces of the house are fed, locating, on a very discreet plane, the nucleus of vertical communication.

White as the main subject. This has been the premise that we have followed from beginning to end. White as a generator and driver of light. Black shadows faded by its white background. A white lime, in its exterior vertical faces, that when reaching its base follows the same traceability and linearity when using the white micro-cement as continuity. The project base could be translated as a large white canvas that has been provided with different white pigments to make up all the spaces. 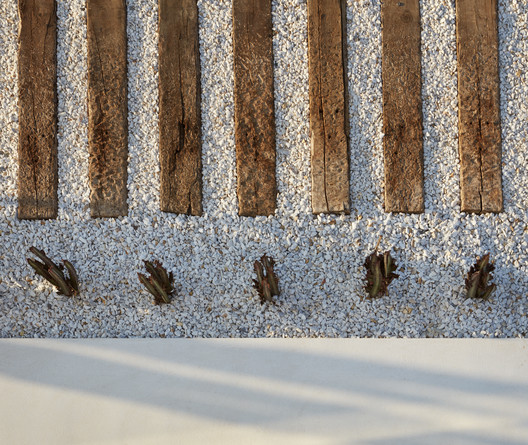