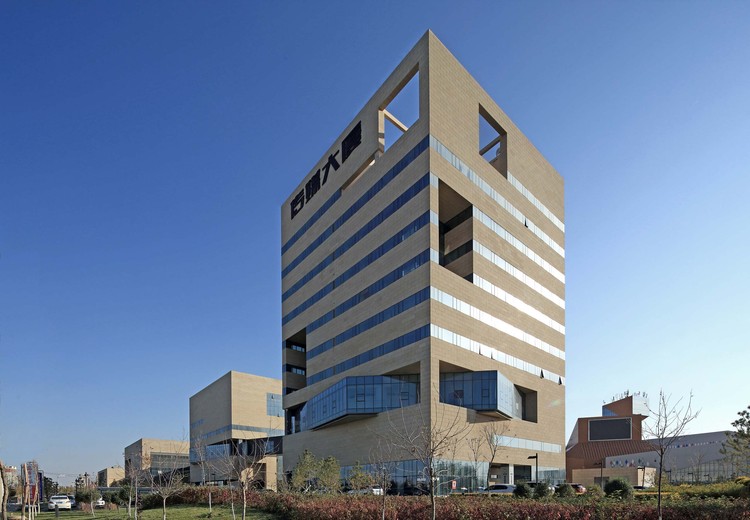 Text description provided by the architects. Changji Cultural Media Center in Xinjiang is a modern architectural complex mainly functioning as a mass media center, into which broadcast and television program producing, broadcasting and transmitting are integrated, also administrative office and information service spaces are included. Comprehensively, a library and a theater are set in this complex. Based on local conditions and essential functions, the project is designed by innovative concepts in a plain way to create a special architectural style for this cultural media complex in the economically underdeveloped region.

By breaking the tradition of only one integrated medium/high rise building for an urban mass media center, the concepts of “architectural complex” and “information plaza” are produced to build a bond between city and architecture with local, functional and public-spatial characteristics.

The project site occupies an area of about 90,000 m2, of which the built-up area is less than 60,000 m2 and more public space is ideally available. Functional spaces in the complex include broadcast and television program producing center and relative administrative offices, offices for network companies, Changji Daily, Local Literary Federation, Literature Society for Hui Nationality, Local Music Troupe, Song & Dance Troupe, and a library. The whole building volume is reasonably tore apart into several independent ones with different functions on the site to create an “architectural complex” for mass media.

Changji is a major city on the northern Silk Road, possessing the world's largest, oldest and best preserved earth-building ruins - Jiaohe Ruins, and rammed-earth-building ruins - Gaochang Ruins. The project design is inspired by the traditionally plain architectural language from the cube-shaped and rammed-earth building forms of the two Ruins, which is the prototype of ancient architectural complex on the desert.

Certain security is always required in the building of broadcasting and television media. Nevertheless, the design team would like to create an urban public space for this project. Public functional spaces are built in a concentrative way, linearly connected by an indoor corridor. On the one hand, it is available for public space connection to ensure convenient communication among people working in different field in the complex; on the other hand, a public visiting walkway is provided for the citizens.

Infrastructure construction is still incomplete in the newly developing area the project site located, especially the lack of outdoor public space. Hence, the external spaces with various scales enclosed by the architectural complex are fully used to create multi-functional public space as a “information plaza”, where landscape, public space and architecture are well interacting with each other for multi-level urban activities.

Energy conservation is fully considered in the design due to special local climate of the short term in summer and long term in winter. Granite, as a major material, is adopted on the façade building, strip-shaped glass windows added as auxiliaries instead of large scale glass façade, to ensure better thermal performance inside.

Based on relatively backward local construction technology and the limited investment, the easy-to-build cube architectural form is mainly adopted in each building by unitized mode to reduce the construction difficulty. Karamori Gold Granite, a local stone material for transport and money saving, is used to build the facade to echo with strong style of local architecture. 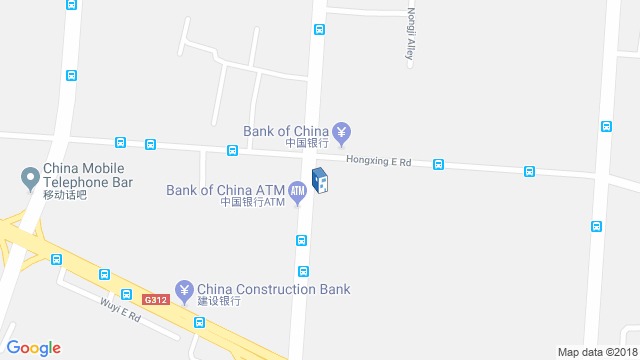 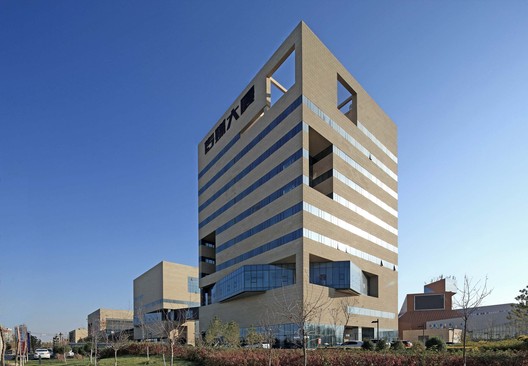