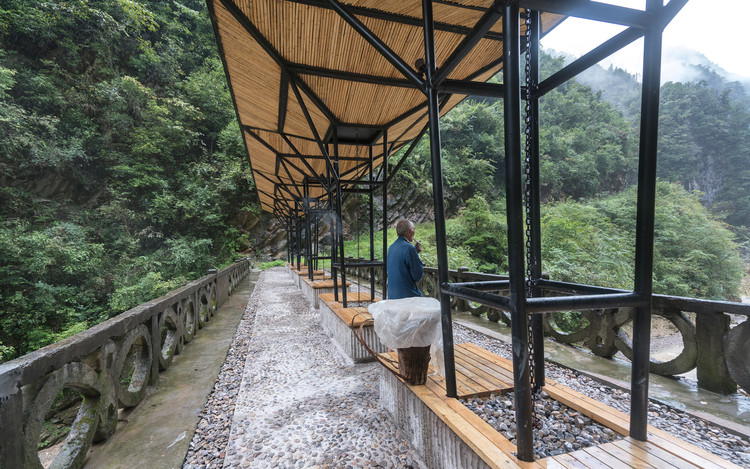 Text description provided by the architects. The project is commissioned to renovate an existing bridge as part of the Beipo village's revitalization project, in Qinba Mountains, Chongqing Province. The existing bridge was built by the local community to provide access to the village. As the new road was constructed along the river, the bridge was gradually abandoned.

Due to the under-developed industry in distant sites, construction standards vary in different village and tectonics ought to be considered as a premise for design in advance. In response, the design consists of prefabricated modules which are manufactured in factory and assembled on site. It not only reduces the budget for labor which is increasing in recent years but also manages to uphold the standard with minimal on-site supervision. As the result, the bridge was built in 43 days, including 30 days on prefabrication and 2 days on assembly. The total cost is ¥350000 RMB ($50000USD) including $110000RMB ($17000USD) on labor.

After the site investigation,  the architects decide to preserve the bridge and intervene only with light structures. Each spatial unit consists a bench and an “umbrella” formed in a way the silhouette of the structure encapsulating a space for visitors to enjoy the beautiful views outwards. The “umbrella” provides a shelter respite from the weather and the benches with the space in-between create a rhythm slowing down passengers to enjoy the view.

Also, the inverted roof collects rain water, symbolizing “fortune” in local culture. When it rains, the water drips along the chain into the pit with gravel and sinks into the drainage system. A pipe inside the steel structure also drains when it rains profusely.

The original bridge was built collectively by the villagers. To honor the tradition, the intervention is the aggregation of six individual units forming a continuous roof. After the renovation, the bridge has become both a social and physical infrastructure for the community where the locals socialize and exchange.

The choice of material revolves around one local breed of bamboo, Phyllostachys nidularia. Instead building a structure solely utilizing bamboo which lacks durability, the bamboo-ness is expressed through different materials: the concrete casted in the bamboo formwork, the steel tube resembling the dimension of bamboo, the arrayed bamboo roof stretching to the sky and the steel plate protecting bamboo from weather. The gaps in between materials are lit to underline the tectonic logic and the contrast of old and new. 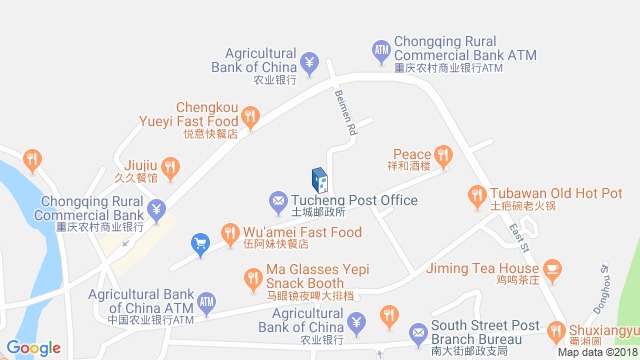 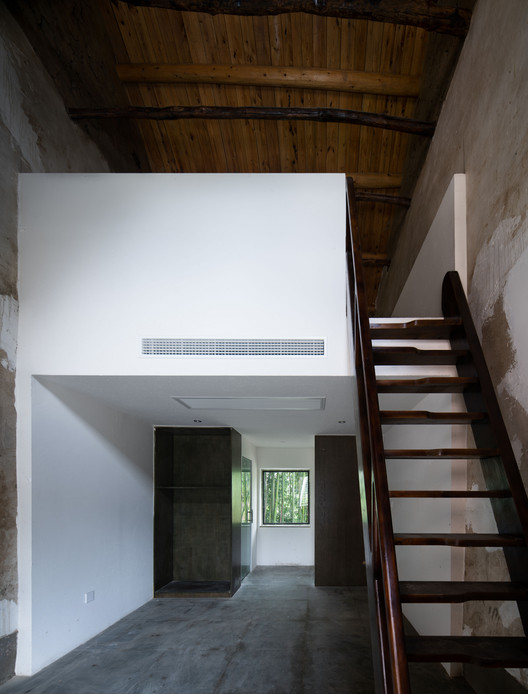 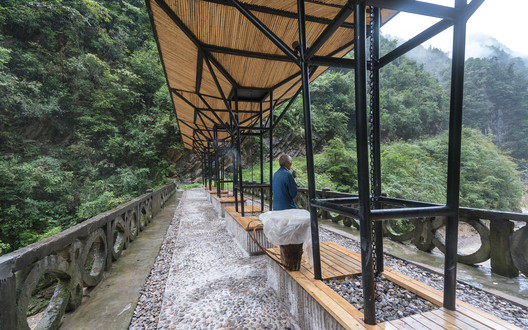