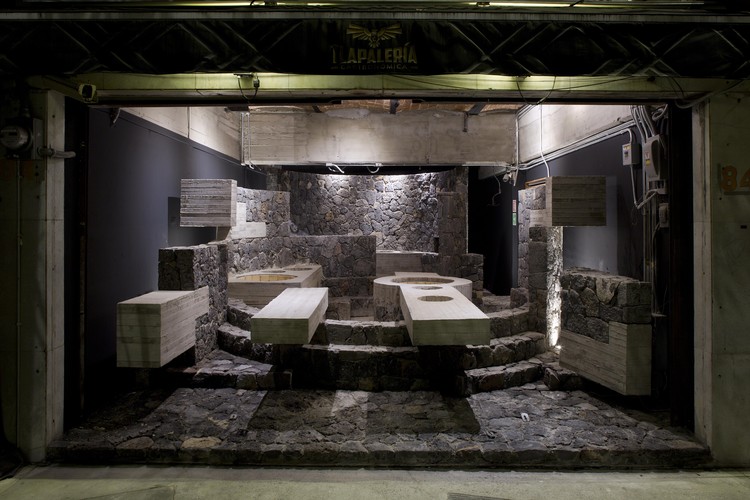 Text description provided by the architects. The story of the expendio de maiz project started from a road trip between friends, those trips when we decide to leave Mexico city for a few days, to go the rural countryside, far from our trendy urban way of life in the capital, to those simple villages, non touristic ones, where we can enjoy simple food, simple moments of authentic mexican life, just watching the people living.

Very often when you travel by car in mexico, it normal to drive straight from 7 to 8 hours, which means at some point you´ll need to eat, to eat very simple mexican food they prepare along the road, or in any villages you could pass by, made most of the time by women, in a very tradicional non fancy way, but simply always delicious. The main product, the base of everything in mexico is the corn, every day we eat corn, this is what we call the mexican Tortilla.

During one of those trip, we realized that the tortilla from the countryside is way much better than the one we eat in mexico city, which is made with industrialized corn, in a very cheap way.

We decided we wanted to create this new place in mexico city, where we will offer the option for the people to eat back a natural tortilla like the old women still use to prepare in the villages.

The idea of the project was to get inspired by the rough countryside kitchens and their fire places where people use to cook every day. We decided to create a rural kitchen in the heart of the city to promote the idea we want the preserve and honor the mexican food tradicion.

In the mexican mythology, cintéotl was one of the most respected god, he was the god of corn and his protector at the same time, and it was very important considering that during the prehispanic time, corn was the main source of food making mexico survive at that time ; so that's why corn is still very important today.

The idea behind this project is to give back the importance to the corn and to treat it back with all the delicacy and respect it deserves, like it used to be during the prehispanic time. So we decided to look as well at the prehispanic architecture to design the tortilleria, making it looks like the old guachimontones pyramids of Teuchitlan, as well as the old baths of Nezahualcoyotl in Texcoco, all made of volcanic stone, andemic material of mexico city region, stone which was there as a witness of the aztecs long time before us. 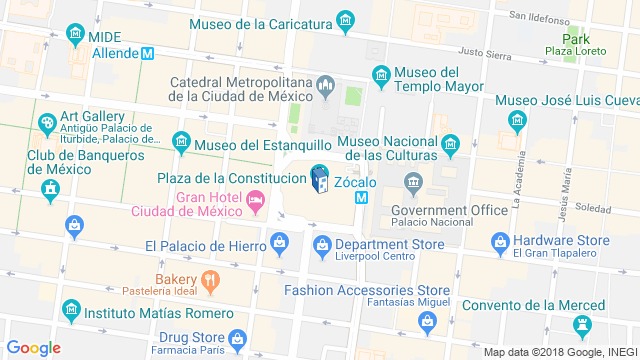 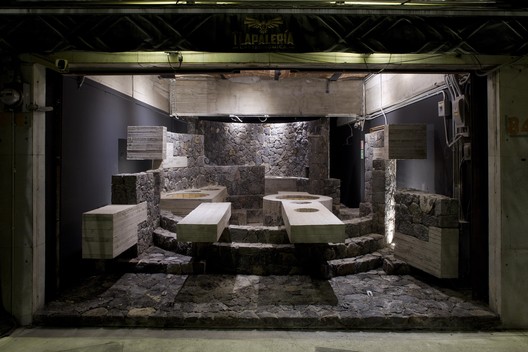