The media arts & design collective panGenerator have released a new video showing how they turned the iconic spiral staircase of the Szczecin Philharmonic into an “instrument” that transforms audience voices. Dubbed SPIRALALALA, the site-specific project invites the audience to experiment with various sound effects applied to their vocalizations. These are synchronised with the movement of a ball falling along a 35m track. A series of speakers create the illusion of the sound “falling” with the ball. 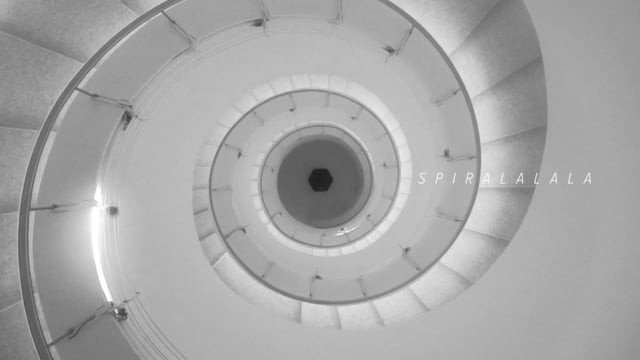 Designed for the MDF Festival, the installation's interaction starts with the insertion of the ball into the microphone. Then recording starts and after the recorded sound stops the ball is released to slide down along the track. Custom built gates with infrared sensors and radio modules resonate with the sound transformations applied to the recording that are synchronized with the current speed and position of the ball. The light trail following the ball has also been created thanks to the sensors and micro-controllers measuring the speed of the ball passing the gates. Projection mapping was synchronized with the motion of the ball to make the whole thing more visible for the people standing in the lobby of the Philharmonic.