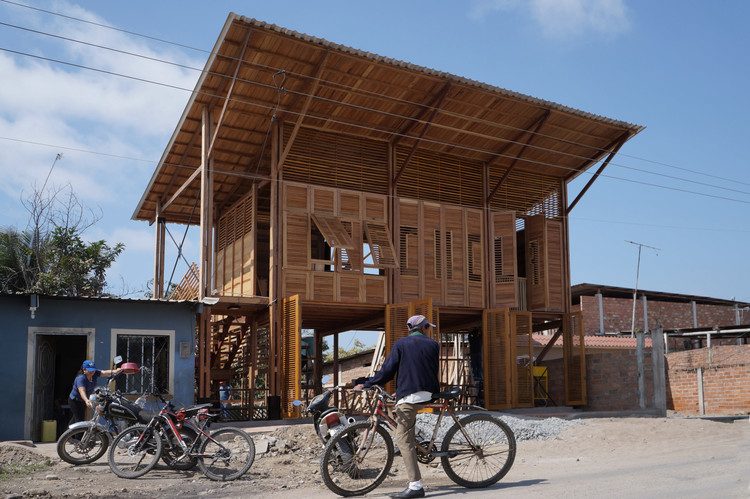 Architecture as an intermediary of productive process and urban habitat.
The project was born from the request of a foundation and private company on how to improve the habitat of a family that is dedicated to recycling in unhealthy conditions and in the right space to carry out the operations that the process entails.

'La Comuna' seeks to maintain a constant dialogue with the development of the city through the different activities that are developed inside and outside the proposal, generating an intermediary to facilitate productive process chain and promote the entrepreneurship of the users.

The ground floor functions as a storage and classification space to improve the productivity conditions of the family. Complementing the design of containers to facilitate the recycling process, they are differentiated by the color applied to each structure. These artifacts are located in strategic locations in the city.

Huaquillas is part of the southern border of Ecuador, its neighbor Aguas Verdes (Peru), they are Cities that do not present territorial continuity, they have been consolidated as "mirror cities". In these cities that are separated by an artificial channel, product of the armed conflicts that have existed between Ecuador and Peru, the commercial interchange is constant.

Typology
The structural system is a container of the six modules that configure the volume. The wood is used by the tradition of the existing buildings in the area, the application of shafts or lattices contribute in the construction of the building.

Transformations
An adaptable house merges with the production space according to the needs of the family.

The house starts from the contrast between experiment and project, proposing intervention strategies with spatial permeability and self-management of space. The first strategy is developed in the system of openings that has the elevation. The second strategy seeks to establish a flexible habitability in which the user through rotating panels can self manage their daily living space.

User's Manual
The project it is configured from a module of 3m x 4m, with the purpose of establishing a progressive system that allows the user to grow from different adaptations to the structural system. Each module has a specific function; There are three modules on the ground floor so that the family can have a space for community production and exchange. Upstairs three modules are generated with flexible spaces in which the furniture also responds to being a configurator of the space, this because it has wheels that allow its easy sliding in space.

'La Comuna' becomes a milestone for the city, due to the transformation process it had, with a history of unhealthiness and contamination. The project communicates a discourse through its façade with a message, generating reflection between the private and the public through architecture and recycling. 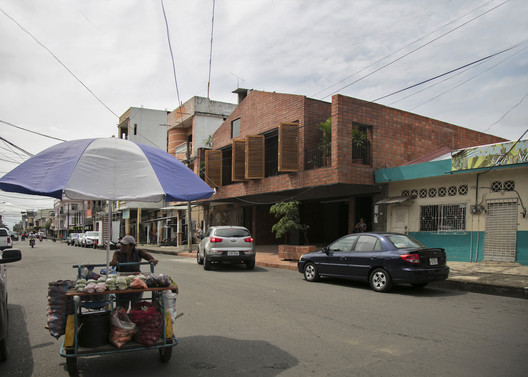 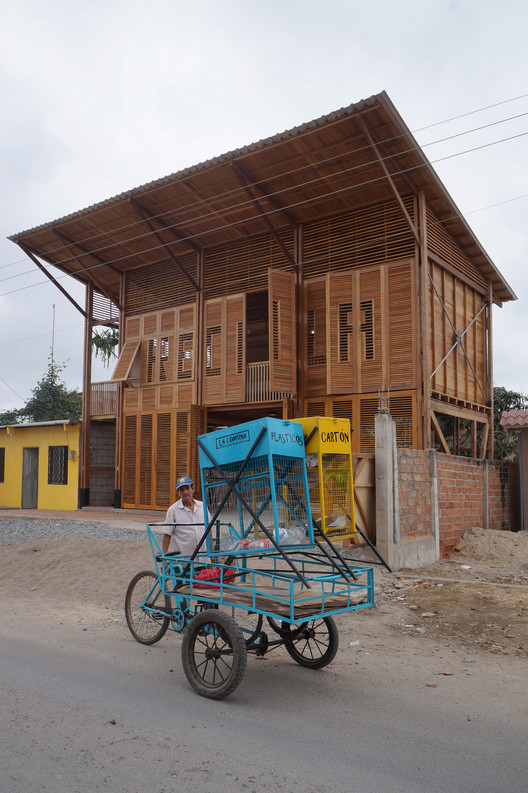 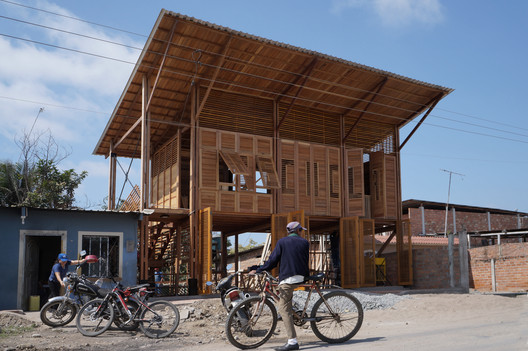