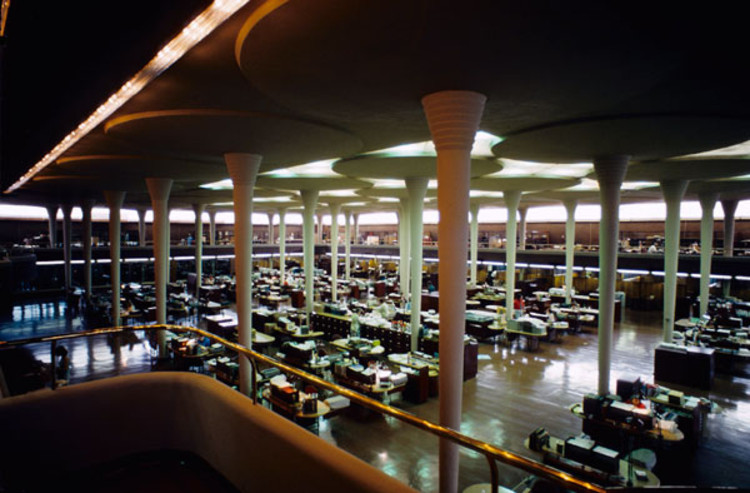 Text description provided by the architects. Located in Racine, Wisconsin, the SC Johnson and Son Administration Building is one of Frank Lloyd Wright’s most important statements about the nature of office buildings. H.F. Johnson Jr. commissioned Wright to design a worldwide headquarters administration building for the family company and in 1936 Wright’s drawings were approved and the building officially opened in April of 1939.

Often referred to as the Johnson Wax Building, its most identifiable element are the dendriform columns, the name used by Wright because of their tree like shape. Wright’s ability to effortlessly incorporate the organic metaphor into his architecture is revealed in the building via a tall slender mushroom column that tapers to a base of a mere 9-inch diameter.

They rise 30 feet and terminate at the roof level as broad circular lily pads of concrete 18 1/2 feet wide. Wright’s imagination led to creating these hollow cored columns that serve as storm water drains and which feature hinged bases with pin jointed bronze shoes.

The circular lily pads of concrete are woven together by a membrane of Pyrex glass tubing that illuminate spaces with natural light. The use of Pyrex glass tubing allowed for a lot of diffused light to enter the interior of the Johnson Wax Building. The large workspace is well lit with indirect light and very little glare, resulting in a work environment conducive for creativity.

The exterior walls are non-load bearing and were constructed using red brick. Other materials used in the construction of the Johnson Wax Building included red Kasota sandstone and reinforced concrete with cold drawn mesh used for the reinforcement. He also designed over 200 different shapes of bricks that can be found in the building. The earthy colors he used including his signature Cherokee Red color were typical of Wright’s work at the time.

The mushroom columns and glass tubing ceiling formed a large workspace, nearly one half acre in size. The Great Room, as it is referred to, is furnished with specific Wright designed pieces, two circular elevators, and a mezzanine.

He truly provided a complete design for this building thoughtfully creating over 40 pieces of furniture. The elevators took on a birdcage like appearance providing a panoramic view of the Great Room traveling from the basement to the Penthouse level.

The building is a bit like being in a forest. A low ceiling carport featuring shortened mushroom columns leads to the lobby. When you reach the Great Room the sky opens and you are surrounded by slender mushroom columns and light streams in from overhead.

There was quite a lot of discussion surrounding Wright’s design of the building, specifically relating to the mushroom columns. The columns were expected by most to fail at providing the appropriate amount of strength to support the roof.

In anticipation of this Wright had a test column constructed of which proved that the design could support over five times anything they would be asked to carry.

Frank Lloyd Wright was quoted in the Racine Times describing the SC Johnson Administration building as “simply and sincerely an interpretation of modern business conditions designed to be as inspiring to live in and work in as any cathedral ever was to worship in.” 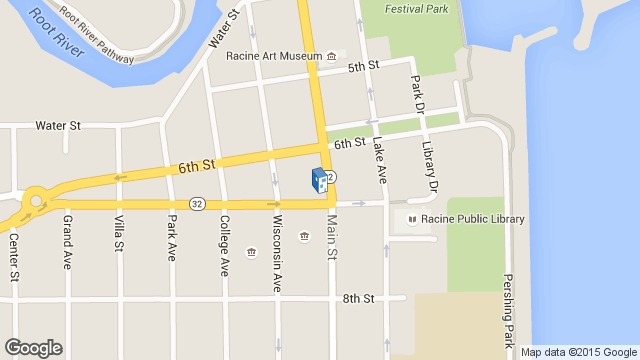