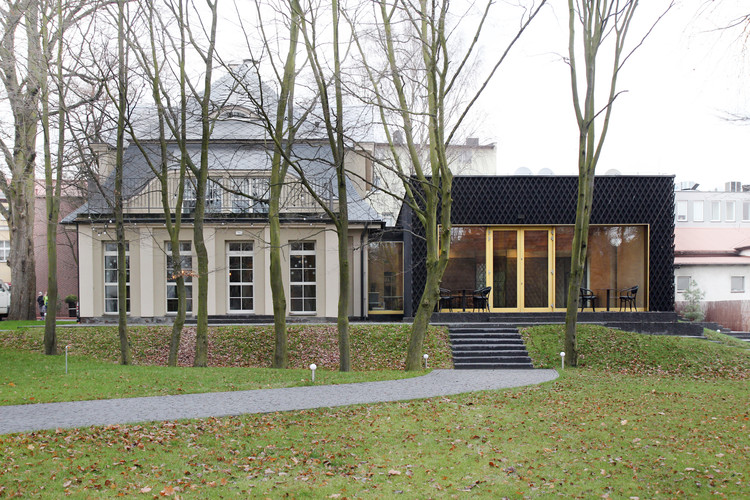 Text description provided by the architects. The project featured renovation and extension of a historical building from 1890 in the city of Wejherowo, north of Poland.
The disused building of a former school was transformed to house a cozy hotel with a restaurant and a multifunctional space on the ground floor.

The main idea behind the project was to recreate the original character of the historical building and to juxtapose it with a modern form of the new extension.

We decided to use a wooden façade cladded in a rhomb pattern which would reference a typical garden-like pavilion; the dark tinted color emphasizes the modern character of the extension and puts it in contrast with the historical part of the building. Large golden anodized aluminum windows open the interior views to the surrounding garden.

The graphite wooden pattern was also implemented in other elements like fencing and landscape design.

The interior design of the hotel and restaurant reflects the character of the period building while the multi-purpose open space in the new pavilion has a much more minimalistic and modern character with large glazing blending the border between inside and outside.

The rhomb ornament used in the wooden façade can be also found in subtle interior details and finishing materials. 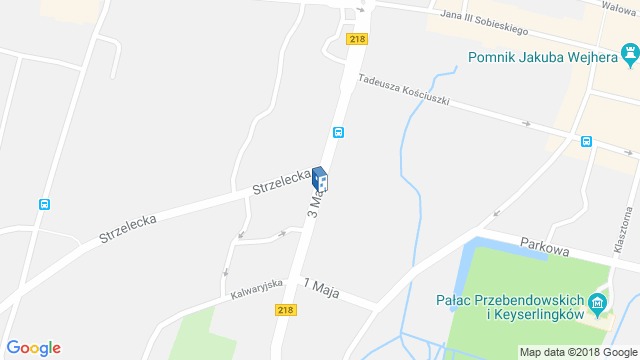 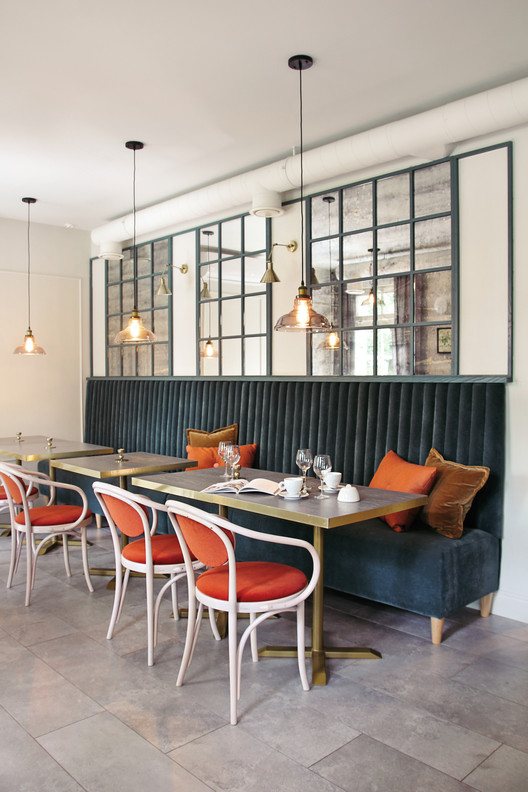