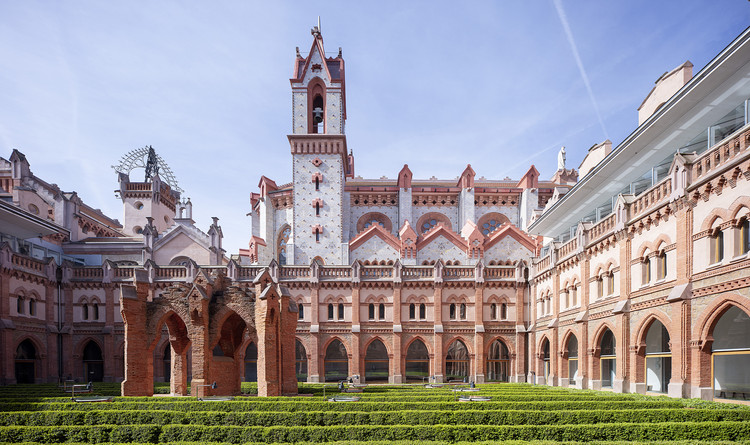 Text description provided by the architects. The project focuses on the integral renovation of the Church of the Major Seminary of the Pontifical University of Comillas. This intervention continues the strategy initiated years ago in the Seminar.

The church is the central element of this vast eclectic campus, which appears as a result of three imposed plans. Among them, the scheme of Lluís Domènech i Montaner is the more attractive one.

It is characterized by a very clever manipulation of the spaces along the central axis, where the church is located, and the suggestive application of modernist ornamentation.

On the one hand, an almost invisible work of restoration comprising laborious structural reinforcements of walls and slabs; a systematic sealing of the envelope, concentrating mainly on the tiles; and a renewal of all the interior finishes including paintings on the vaults, ceilings, carpentry, stained glass and mosaics on the pavement.

A series of specific actions belong to the general approach, started in the phase one, that aims to improve both the performance and accessibility of the buildings.

A ramp, new openings, materialised through concrete lattices, manipulations of levels, a new lighting strategy, the recovery of the sacristy and a big transformation of the choir space revitalise the space and provide further autonomy to the church within the complex. 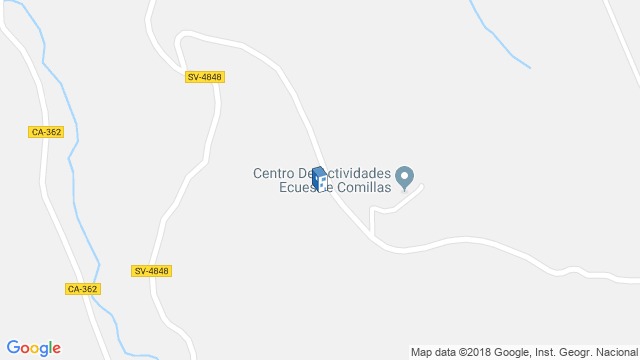 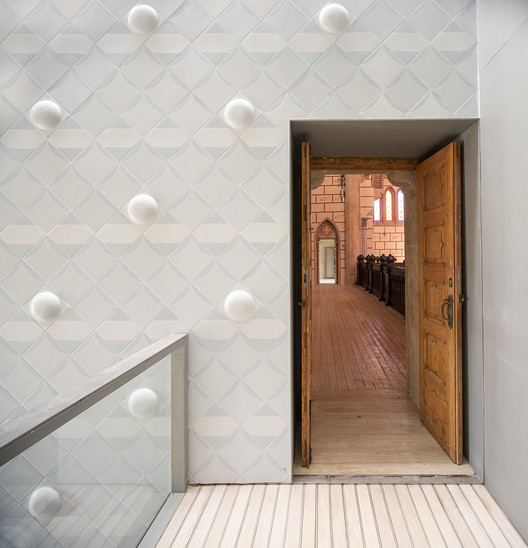 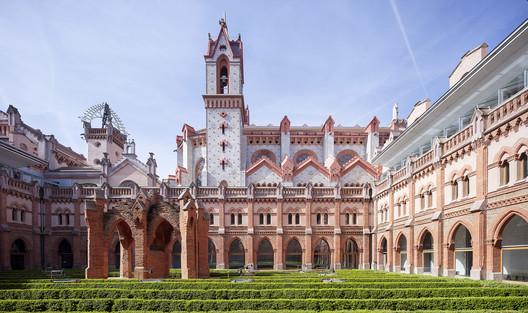