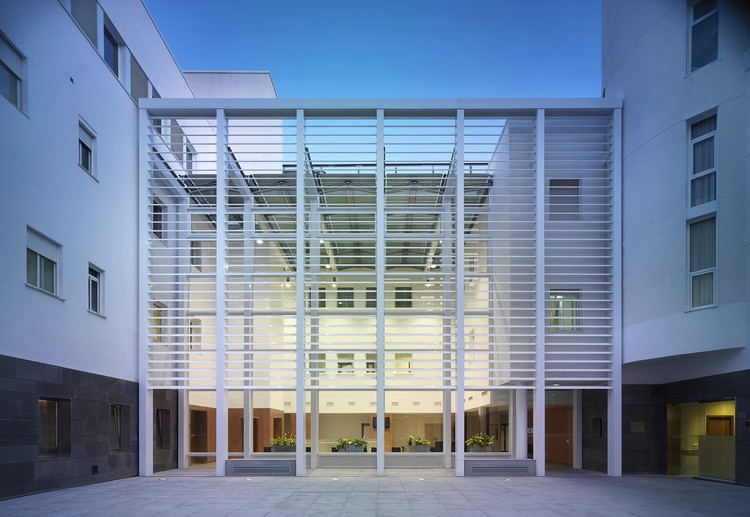 Text description provided by the architects. The project consists of remodeling and expanding a hospital located in Triana, a well-known borough of the city, which was an old surgery building in Cruz Roja. The idea for the building was to support the quality health care that the center gives to their patients, as well as solving the existing circulation problems that arised after different changes and expansions, which gave the building a mixed and dilapidated image.

Keeping in mind these premises, the project was an investment that expanded significantly the hospital facilities and provided the building with a uniform appearance. The proposed design includes a new floor mainly destined to hospitalization, with 27 new rooms. A new basement which takes up the whole central courtyard, where we will find the diagnosis service and the last generation treatments like haemodynamic . In this basement, we will also find a new linear accelerator, which needs thick and high density concrete walls.
A new building, located in the middle of the courtyard, works as an independent part which solves the new links and defines the fourth façade of a big atrium. The plan of this building includes the cafe on the ground floor, new delivery rooms on the first floor, hospitalization rooms on second floor, and the chapel on the last floor, where it is possible to find a Jose Antonio Navarro Arteaga's sculpture: the Virgin of Miracles. The last part of the patio is a second atrium, which works as a hall for the radiology service.

The outer façade is an important component, considering that it had to display the intervention magnitude, join the new and existing parts, and reflect the technology which the building contains, as well as show a delicate architecture as a public building. We designed a new skin based on natural stone and aluminum, with long glass brise-soleils and a large cornice, in order to emphasize the building horizontally. Finally, we can find two special elements, the entrance canopies which note the different access. 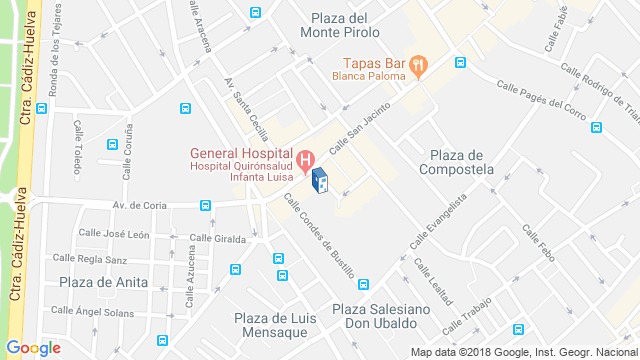 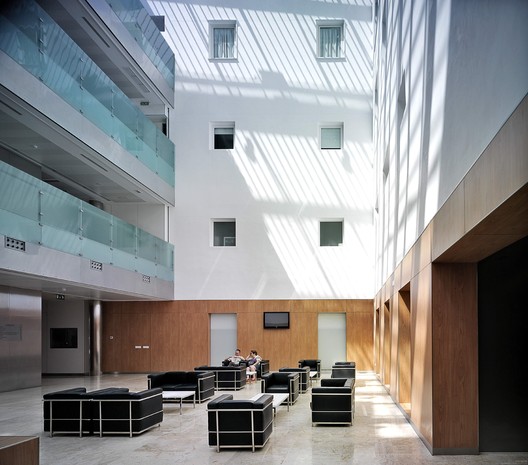 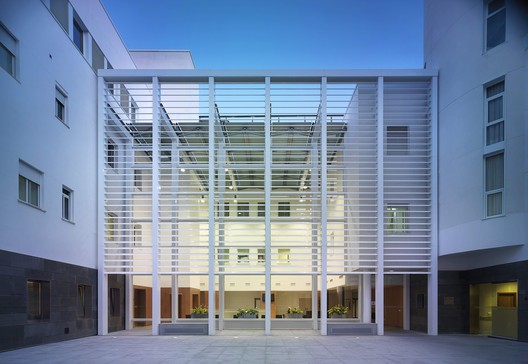