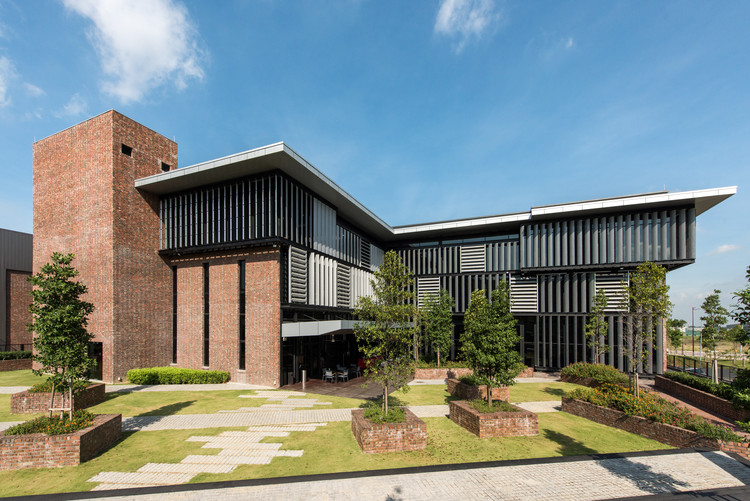 Text description provided by the architects. Big Dutchman (BD) is a global livestock equipment company that operates on the international arena. It recently unveiled its regional head office and logistics centre for the Asia Pacific region in Klang, Malaysia.

The 20-acre site lies in a high-density heavy industrial zone, surrounded by energy-intensive factories, which imposes visible infrastructural pressures on this area. This is a far cry from BD’s original operations in rural Europe, at Calveslage, Vechta near Bremen where industries co-exist in Green-sensitive environments.

The new Klang campus draws from its European origins by breaking the mould of industrial facilities with a lush green landscaped environment. It’s built on a low plinth ratio, adopts a human-scale approach to a large-scale warehouse operation, and maintains a low-carbon footprint in Green- friendly sustainable environment. Even the main gate’s green wall is a symbolic signature drawn from its European origins.

BRICK BY BRICK
The over burnt brick is used throughout the façade as an expression of durability and timelessness. It is architecturally rough, yet refined. It is also a symbol of a strong business foundation and an interpretation of the company’s commitment to grow its business on the bedrock of its brick-by-brick tradition in a sustainable and environmental manner.

Practically, the bricks act as a robust and heat-insulating material requiring minimum maintenance. Expressively, the iconic 3-metre-high floating brick wall maximizes openings to the edge of potential penetration, serving as an air funnel for cross ventilation to negate heat built-up and maximise air flow through the facility.

SUSTAINABILITY
Underlying it all, the fundamentals of good sustainable architecture are anchored by the building’s passive Green design.

The campus reduces dependency on fossil fuel energy by generating solar power as part of its clean energy programme through the photovoltaic cell technology. A 4000 M² solar panel has been installed on the warehouse’s roof to supply clean energy. Rainwater harvesting and recycling conserves water consumption. On-site surface water detention capacity acts as part of the area’s flood mitigation programme. Waste is managed through a structured disposal programme.

The architectural design adapted a second skin heat insulation concept for the external envelope of the building to lower the air-conditioning load demand by reducing direct heat gain, especially on the east and west facades. The sun sensors operable louvres allow the major glazing areas to be shaded – they follow the sun’s direction throughout the day to keep a constant ambient temperature at the workspaces, while allowing maximum visibility and light penetration.

The passive environmental design concept actively creates and encourages the use of comfortable external-internal spaces functioning on minimum energy needs. This approach means that the air-conditioning only needs to be sustained to 10 percent of the overall built-up space.

Creating pleasant, healthy and attractive well-lit work and recreational spaces encourages increased use of the facility, resulting in less need to travel out during breaks, thereby reducing carbon emissions. Sustainability is not just a technical concept but a commitment to enable an environment where greenery is simply about living it.

Big Dutchman Agriculture recognizes that its existence is an integral part of a sustainable environmental ecology. The realisation of this architectural design reflects BDA’s innovation in growing their business on high on bedrock of Brick by Brick tradition to elevate the promise of its potential future. 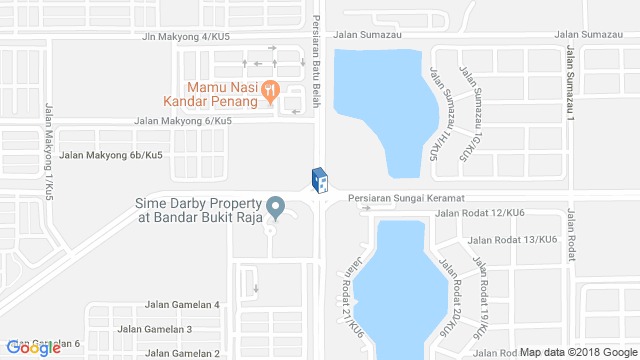