Plans for a memorial commemorating the life and career of Mr. Michael Wright, architect, surveyor, and civil servant, have been released. Mr. Wright’s dedication to the architecture of public housing in Hong Kong and the principals on which he designed are encapsulated in the memorial’s proposed scheme. Wright died in January 2018 at the age of 105 and is considered the "father of public housing in Hong Kong" for redefining the city's standards for public living quarters. 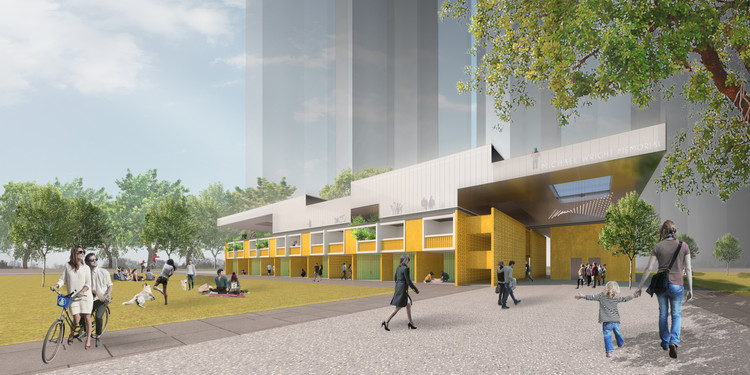 The memorial will be located at the Wah Fu Estate, an existing housing development built in the 60s. Although this particular complex was not one of Mr. Wright’s designs, it is scheduled to be demolished in the near future, making it an ideal site for the memorial. Elements of the existing structure will be conserved and incorporated into the memorial. By conserving the first two floors of a typical housing block, the components of the old become part of the new. Preserved elements such as the typical housing block support the interior gallery spaces of the memorial and become part of the exhibits themselves.

The Wah Fu Estate is a primary example of many of Wright’s principles for successful public housing. Wright was adamant that new architecture should have a positive impact on the surrounding community. To fulfill this principle, an L-shaped section and a neighboring semi-enclosed courtyard from the existing housing complex will be preserved, and the ground floor of the structure will be transformed into a marketplace, while the second floor of another branch will become a shelter for the homeless.

The memorial and community amenities will be part of a larger public housing development. The residences will also follow Mr. Wright’s principles: “a self-contained flat, with a kitchen and bathroom solely used by one family in the unit.”

The structure will guide visitors through a series of spaces, from the open ground floor, through the gallery spaces, and culminating in the memorial garden. The ground floor of the memorial is an open space with the shear wall structure of the original Wah Fu Estate exposed – a direct display of the old slab housing typology. The open space will create a double-height pedestrian corridor.

The new elements of the memorial structure sit above the old. Culminating in a large terrace, two of the old residential units are to be turned into a sunken pond for meditation. Bauhinia trees will be planted around the pond, a symbol of Mr. Wright’s deep connection to the city of Hong Kong. 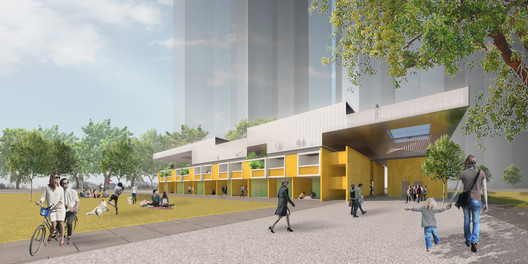