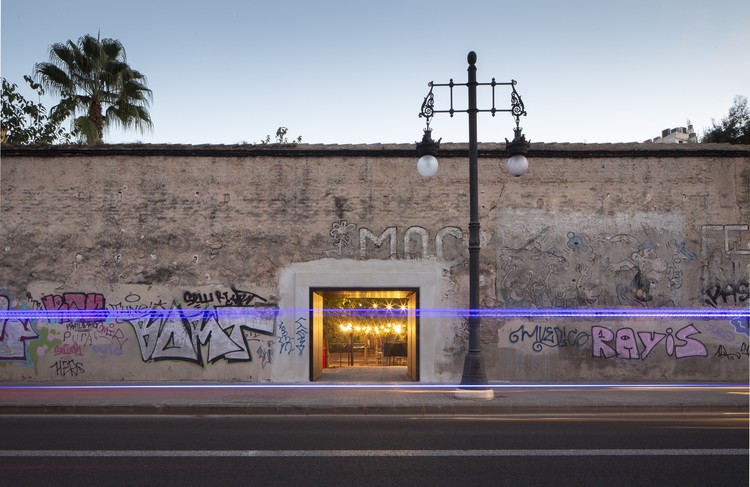 Text description provided by the architects. The old convent of San José in Valencia opens up to the world under the name of Convent Carmen and a new narrative that balances design, history, and nature. It is a space for culture, gastronomy, and soon hotel, that transgresses the conventional modes of expression in its genre. Beginning with an intervention in the desacralized church, up to the exuberance of its bucolic garden, and the explosion of social activities for which space has been consciously prepared. The expressly minimalist implementation of the studio begins with the church, which has become the main access, passageway, and multi-purpose space.

An independent metal armor reinterprets the original shape of this 17th-century religious building, articulating a flow of contemporary lines and adding a new dimension to the Renaissance space. Designed as a 21st-century sculpture, it has been projected completely independently to the walls of the church, either for patrimonial reasons, for which its cataloging prevented any fixation in its current walls, as a concept. The new structure integrates all the audiovisual technical elements, as well as an expressive color lighting system with RGB that will make it adjustable, both formally and emotionally. Its design acts as a longitudinal and transversal conductor, projected with different sections of metal profiles, enameled in black.

Through this element was intended to develop an obvious past-future connection, and as it happened in the Renaissance the dome takes an essential role. The crossing between the two naves was the most important point of its architecture, and it is where a symbolic replica of the vault was projected, through the succession of three circles at different heights that create a parabolic form in space. In it, many hanging lamps have been fixed as a great lighting element, which will be the preamble to the altar or new stage. This space for the celebration of the religious rite now becomes a privileged place for musicians, lecturers and a multitude of actors, which will make this one of the main participatory focuses of the city. The simplicity of this intervention demonstrates the importance of holding back and making little noise when the context already expresses its memories with force.

The garden is located next to the church.  An unknown oasis within the city of Valencia, designed as a true gastronomic "market". Taking the street concept of "food trucks" three gastronomic points have been created in the form of containers in which different types of cuisine are made, and around which the customer can be placed in different seating systems. All the culinary offerings are coordinated by the prestigious chef Miguel Ángel Mayor (1 Michelin star), with fusion cuisine approaches, including "street food", fried Andalusian, Japanese sushi, or innovative dishes of chicken.

In an environment of green and lively nature, the small architectural gestures and a base of containers are recognized around accompanied by a large pergola, creates a shadow in the diners and a poetic play of lights. In this way, they adapt to the correct way of working (high areas of stools, running tables, low tables, sunbeds also in the form of a swing) adapting to each of the territories without having to change the geology of the place. This furniture has been designed with a base of tubular metal structures and surfaces of phenolic board dyed in black, which contrasts with the rest of the plant elements that appear in the place.

A stage to act, finally define a space that seeks to inspire entertainment and also the strategic form, the best situation of the place, so that all visitors enjoy the activities. Finally, the magic of light. Sunsets will take on a new meaning in this urban garden when ambient lighting comes on. In the same way as in the church, through a controlled system of RGB color light, the environment will be completely transformed. The trees, delicately lit, will become the main protagonists and the lamps distributed in the pergolas and bars, will accompany the diners. 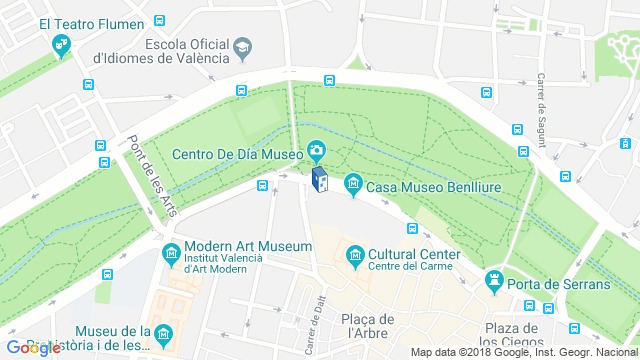 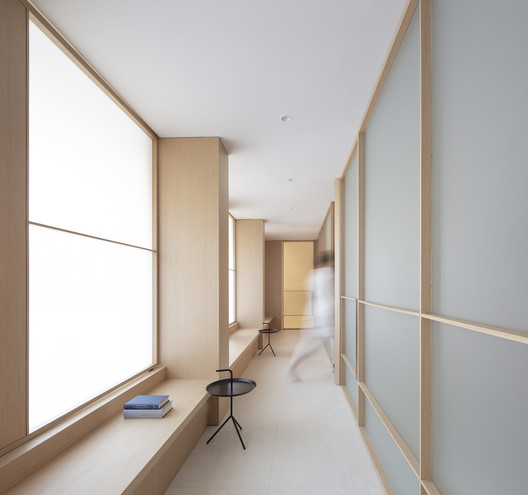