This article was originally published on Metropolis Magazine as "Why Architects Need to Get Dirty to Save the World."

Of all the terrarium-like experiments included in Lydia Kallipoliti’s The Architecture of Closed Worlds: Or, What Is the Power of Shit? (Lars Müller/Storefront for Art and Architecture), Biosphere 2 is the most infamous. A steel-and-glass structure baking in the Arizona desert, it represents the hope and hubris of re-creating Earth on Earth. The project was launched by an alternative living group with a taste for theater, and tanked by disastrous management by Steve Bannon (yes, him). As such, it illustrates the risky arc that courses through Kallipoliti’s 300-page volume—visions of utopia bending toward ultimate failure.

Early in the 2009 book Dreaming the Biosphere: The Theater of All Possibilities, author Rebecca Reider quotes one of Biosphere 2’s creators as saying, “When you create a new world, you end up with all the problems in the world.” Kallipoliti’s anthology follows a similar doubling via 37 engineered environments, or “Living Prototypes,” each carefully calibrated to isolate itself from the dynamics of spaceship Earth. First documented and analyzed by Kallipoliti and her student research teams at Syracuse University and Rensselaer Polytechnic Institute for a 2016 exhibition at New York’s Storefront for Art and Architecture, nearly every “closed world” presented here reflects the human fears and planetary crises that gave rise to its invention.

The Cunningham Sanitarium (1928) in Cleveland, for example, was a hermetically sealed steel globe built to treat diseases exacerbated by urbanization in the late 19th and early 20th centuries. Three decades later, Alison and Peter Smithson’s bunkerlike House of the Future (1956) domesticated the specter of nuclear winter. And welcoming the new millennium was Grimshaw Architects’ Eden Project (2000) in Cornwall, England, whose form, similar to that of Biosphere 2, suggested a second Earth, with its large, domed greenhouses topping a former clay quarry. For the price of admission, visitors can explore a brand-new ecosystem and remain oblivious to the destruction that once scarred the Edenic landscape.

Closed Worlds is divided into three main sections, bookended by Kallipoliti’s slightly addled introduction and oblique conclusion: the aforementioned collection of “Living Prototypes”; a graphic timeline that tracks the environmental movement and the design speculation that fed off it; and “Encounters That Never Happened,” a trio of lectures given as part of the exhibition programming.

As pods, geodesic domes, and autonomous houses are duly indexed, another kind of reflection takes place, this one of persona—Buckminster Fuller haunts the pages. Along with the Geoscopes he developed with John McHale, Fuller’s Dymaxion and synergetic theories provide the logical template for the book’s inward-looking case studies. His pervasive influence finds full expression in “Encounters That Never Happened,” in which theorist Mark Wigley metabolizes Fuller, channeling the voluble visionary through his own body. The Bucky/Wigley avatar holds court in a transcript of a performance staged at the Cooper Union in February 2016 (which itself echoes a lecture given by Fuller in the same room some six decades earlier). The unquiet spirit argues for radio waves over walls and complains that no one ever listened to him: “So, I was sent here to tell you this story, and I was able to occupy that ridiculous body of the kid from New Zealand [Wigley]. And, of course, you still don’t listen, but it’s really nice to see ‘Closed Worlds’: it’s like looking in a mirror.”

A critical tension embedded in Kallipoliti’s collection involves the difference between mirroring, doubling, or reflecting outward or inward. Looking in a mirror, we see only what we want to see—humanity’s hopes and fears or its self-centered myopia—and as the Bucky/Wigley quote suggests, there’s a risk of narcissistic self-indulgence. Many of the projects here represent feats of science, engineering, and technology, with architecture merely playing a bit part. The subsequent absorption of these works into architectural history has been largely aesthetic (inflatables, space frames, exposed infrastructure) or focused on ecocentric applications (green building, sustainability, cradle-to-cradle discourses). But Kallipoliti insists that we should be more concerned with their closed-loop systems and the “lurking anxiety for the future of habitation” they betray, “as well as how little we know about regenerative systems that rely on the premise of productive cycles.”

This is borne out by a project like the Russian Bios-3 (1972), which situated humans as part of a metabolic link in a closed ecosystem. Designed to test the viability of long-term, closed-loop living, as would be needed in space, the “autopoietic machine” performed adequately; however, the crew grew increasingly independent of its ersatz ground control, and microfloral shifts threatened the biodiversity of the internal ecology.

Placed at center stage, feedback loops and bodily processes provide opportunities for architecture’s progression, even if (and when) these metabolic systems fail. (Of Biosphere 2’s series of failures, its mysterious 6 percent oxygen drop was suspected to be metabolic in origin—either the soil or the concrete of the building itself had begun absorbing oxygen.) “If the idea of circular regeneration, the crown jewel of sustainable enterprises, is a type of utopia, then arguably any idea of utopia ends up eating its own roots, as suggested by the word ‘autodigestion,’” Kallipoliti writes. “As Manfredo Tafuri (1976) argued, there are no more utopias in the era of late capitalism. On the other hand, however, it is precisely this investment in the realm of impossibility, of redefining the reality of our built world and our disciplinary territories that allows architecture to reconstitute itself.”

Hence the book’s scatological subtitle: Or, What Is the Power of Shit?

In a slippery section of her introduction that touches on Bataille, Freud, and the number of carbon dioxide emissions credits covered by the Kyoto Protocol, Kallipoliti argues that we should see solid waste as instrumental and alchemical, transforming from by-product to capital. She concludes her argument with a line from feminist theorist Donna Haraway: “I am a compost-ist, not a posthumanist: we are all compost, not posthuman.”

The quote is irresistible. But given Kallipoliti’s interest in closed worlds, it’s somewhat out of context. It’s taken from the 2015 essay “Anthropocene, Capitalocene, Plantationocene, Chthulucene: Making Kin,” in which Haraway makes the case that our current Anthropocenic temporality (which Kallipoliti’s human-centered closed worlds are both part of and trying to escape) has set off a major systems collapse. We’ve “drained, burned, depleted, poisoned, exterminated, and otherwise exhausted” nature and the earth’s resources. It’s too late for environmentalism (illustrated by the 1970s ecohouses included in Closed Worlds) or sustainability. Our closed-loop planet is now in the midst of a devastating chain reaction that affects all life forms, all terrains, all ecosystems.

About this Haraway writes, “Recursion can be a drag.” And indeed, all the mirroring and metabolizing that forms a subtheme of Closed Worlds is ultimately a drag. While the book diligently tracks the failures of every project, there remains a sense that architectural analysis remains more or less detached from global exigencies. Shit won’t save architecture if we stay in our bubble.

In response to Anthropocene consequences, Haraway calls forth the power of the Chthulucene, an epoch to follow our own. As the name implies this is a biologic creature rising from the compost, with tentacles to knit together kin and kind. “One way to live and die as mortal critters in the Chthulucene is to join forces to reconstitute refuges, to make possible partial and robust biological-cultural-political-technological recuperation and recomposition, which must include mourning irreversible losses,” she writes.

Toward that sentiment, the most telling projects in Closed Worlds are the ones that aren’t sealed airtight into neat bubbles—the ones that, as Frank Lloyd Wright supposedly said of all good architecture, leak. According to Kallipoliti, the Ecological House (1972) by Graham Caine, a student at the Architectural Association and member of the anarchist Street Farm collective in the early ’70s, leaked all over the sensibilities of its south London neighborhood. Considered an eyesore by its protesting neighbors, the house was an ecological experiment, an “inhabitable housing laboratory” that would recycle and repurpose all waste. For two years, Caine and his family were part of the house’s digestive loop. Without constant care from the architect, the living system would die.

“[T]he house’s health was physiologically co-dependent with the dweller’s health in an interlinked biological pattern,” writes Kallipoliti. “[A]s Caine shows us, to effect change one needs to get involved and get one’s hands dirty in architecture production.” Under the Anthropocene or Capitalocene, getting dirty can be seen as an act of resistance to consumerism, a bulwark against state control, or simply a nose thumbed at polite society. But under the Chthulucene, we are all implicated in the inevitable failure to stave off the planet’s cascading systems failure. In a word, we are in the muck. 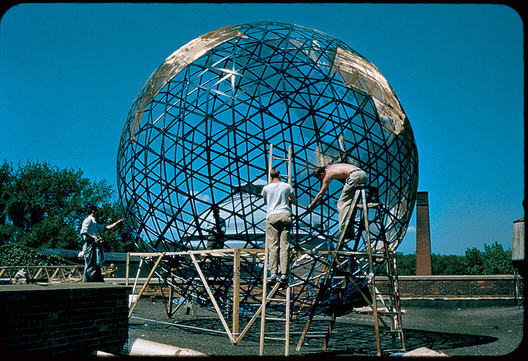