Save
The Roof House / MILODAMALO 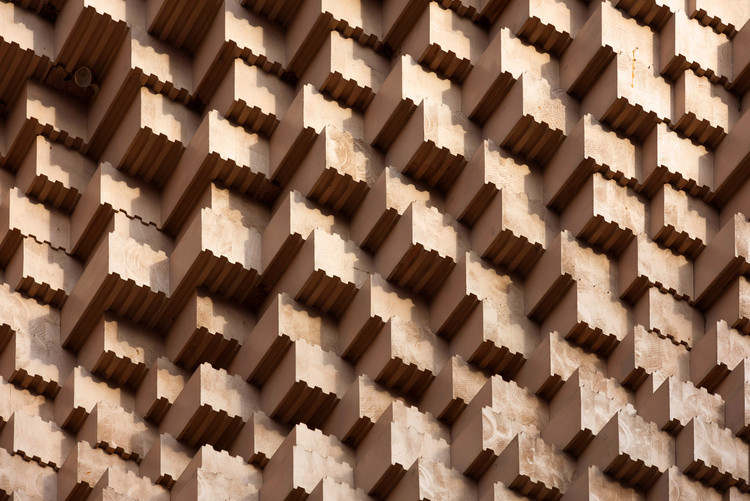 Text description provided by the architects. The ordering party is the constructing company Norvex NLK specializing in glulam buildings. In its intent to design its new office building and the showroom the company decided to run a contest among architects. The key criterion was for the participants to express the versatile use potential of glued laminated timber in architectonic design of this building, to emphasize the modern techniques the material enables to work in, to find new visual solutions.

An important aspect of this project was the location of the building — it is situated in the area of the Artplay design cluster, the largest design center in Moscow. Artplay is located on the territory of the former “Manometr” factory which once was the largest tool-making factory in the USSR.

The space to have been built up was a small area above the bomb shelter facility which was not to be involved into the constructing process due to its status.

The winner was the ROOF HOUSE project designed by milodamalo architecture project team. The project was carried out in 2014. The main conception of the showroom was symbiosis of art, design and architecture inherited from the cluster’s design. That is why milodamalo focused on a sculptured image, on a monumental size illustrating contemplations on movement when working on the shape. The versatility of using glued laminated timber has been reflected in different façades of the showroom.

The Southern façade, the central one that faces the main square, combines a bionic shape and a structural design solution thus exemplifying synergy between wood — the traditional material — and contemporary trends in design and art: pixel art, abstract sculptures, parametric architecture. An unexpected for a wooden building visual aesthetics is designed to create an image that will remain etched in the memory, the new “face” of the company that focuses not only on traditions but also on innovative, fresh approaches in architecture. A terrace arranged under the roof of the bomb shelter is located adjacent to the front façade. It provides space for events organized by Norvex NLK company or Artplay design center, being as well a recreational area for the company’s employees.

The Eastern façade resembles a glitch image and extents from the Southern one in a protuberant cantilever form. A dynamic reticular structure defines direction, shapes the structure of the façade. This solution helps to draw a lot of light to the indoor premises. At the same time, the building having a mesh structure, it is possible to secure privacy of what is happening indoors even in the evening. The glitch effect that comes in different structures of the support and the main part of the building is designed to determinate the bulk of the building, to keep its simple shape.

The Northern façade is plain and concise. It is designed to fill the interior with soft reflected light. The cantilevered building hangs over the parking lot which is clearly seen from the Northern façade side. This design solution was necessary as the expanding of the office area was possible only through such kind of cantilever construction.

The structure of the building affects the perception of the interiors in the first place; the bionic façade unites the exterior and interior designs of the building: we can see the same textured façade structure indoors. An open staircase and the second source of light are designed to visually expand the space and to maximally preserve the natural lighting of the rooms. The direct sunlight shines into the rooms through the eastern mesh façade, and at the same time the reflected light hits the room from the northern side through the panorama windows creating a harmonious lighting of warm and cold. The roof has skylights transmitting natural light to the rooms of the second floor and reducing dependence on artificial light. 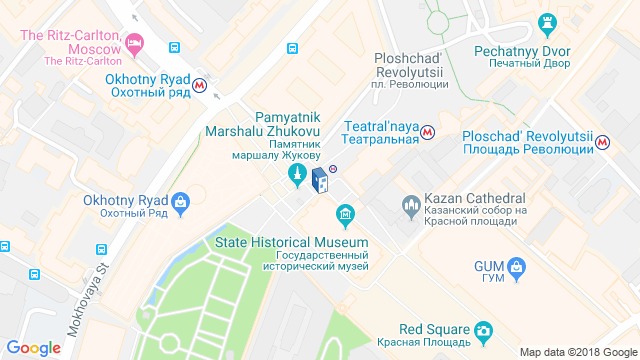 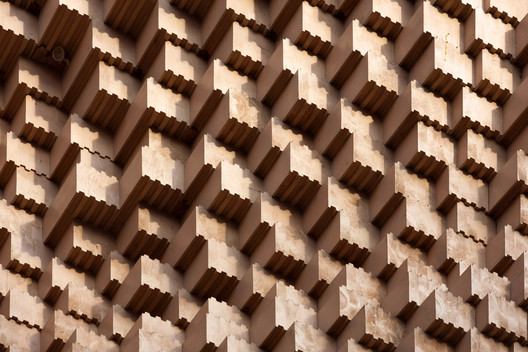