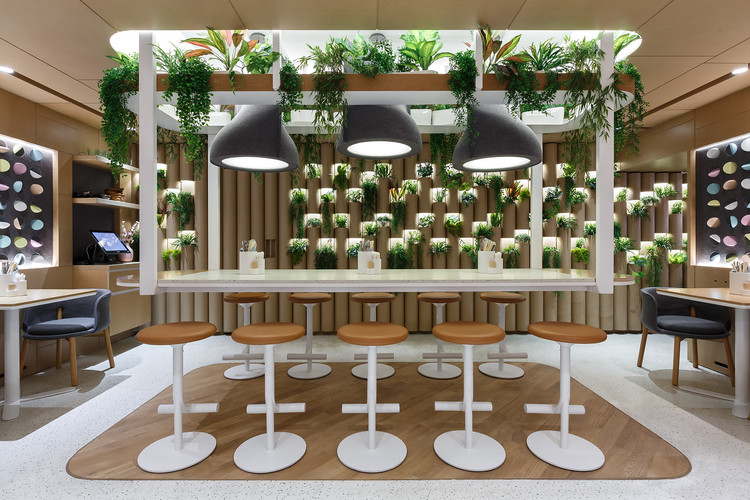 Text description provided by the architects. The name “BAO MOCHI” speaks for itself : at the restaurant you'll be served with light steamed buns made of delicate wheat flour with various fillings inside as well as airy, chewy mochi cakes of unique Japanese rice flour.

Planning solution was built around these 2 words BAO & MOCHI.
Entering the first hall - BAO HALL -you'll find a hot shop with a picture of a hero bun BAO behind the counter.
In the second hall - MOCHI HALL - you'll see several niches decorated with colored hemispheres

that imitate Mochi’s shape and the image of the hero Mochi himself.
The interior décor of "BAO MOCHI" a bright and minimalistic hint of Asia.
The walls are decorated with such a kind of cardboard that can be read as a modern interpretation of bamboo tree, a plant associated everywhere with culture of Thailand, China and Japan.

The name of the place and its cuisine focus are highlighted by various interior decor elements such as numerous lamps in the form of colorful hemispheres, wall niches decorated with Mochi-shaped elements as well as lamps and chairs in the form of dumplings.
In addition to all said is the bar table fixed somewhere up hanging from the ceiling and floating in the air as a ship on sea waves. 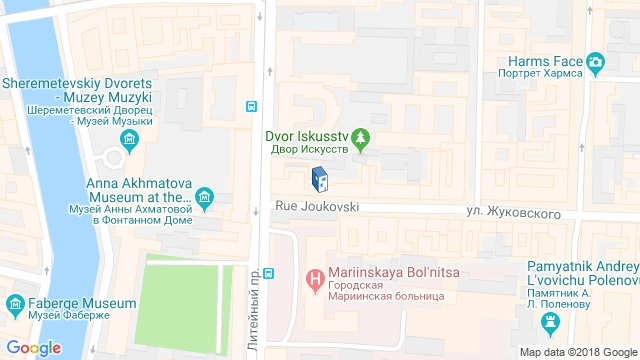