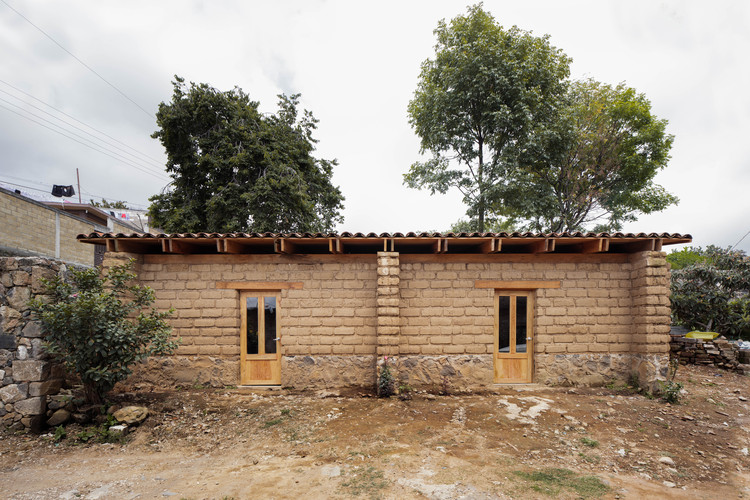 Text description provided by the architects. The "Casa Rosales" project is a direct response to the effects caused by the earthquake of September 19, 2017 that hit several regions of Mexico and that collapsed part of the Rosales family's home in the community of Tlalnepantla Morelos in central Mexico. . It is decided to move a new building in the same place where the previous one was, collapsed by the earthquake, the new building integrates design criteria and resistant earthquake construction, it is equipped with facilities that optimize its occupation and were used for its construction materials and hand of local works, in addition to having the direct participation of its inhabitants in the design and production processes of the earth blocks.

The building is an adobe pavilion of two rooms with the same proportion, one serving as a dining room and the other as a kitchen. The floor is made of concrete connected to the stone foundation and the roof is a lattice of wooden beams that has been arranged to receive the rescued tiles from the building that collapsed with the earthquake. It is a building that finds its main virtues in the use of local materials and labor, a local building that leans towards the vernacular and the use of the available resources.

The project is part of the ReconstruirMX post-earthquake reconstruction initiative linked to Pienza Sostenible A.C. from the September 2017 earthquakes that affected several regions of Mexico. 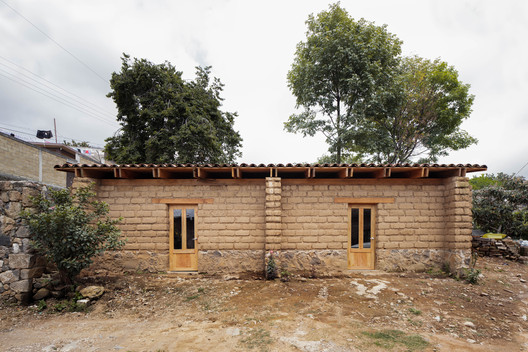