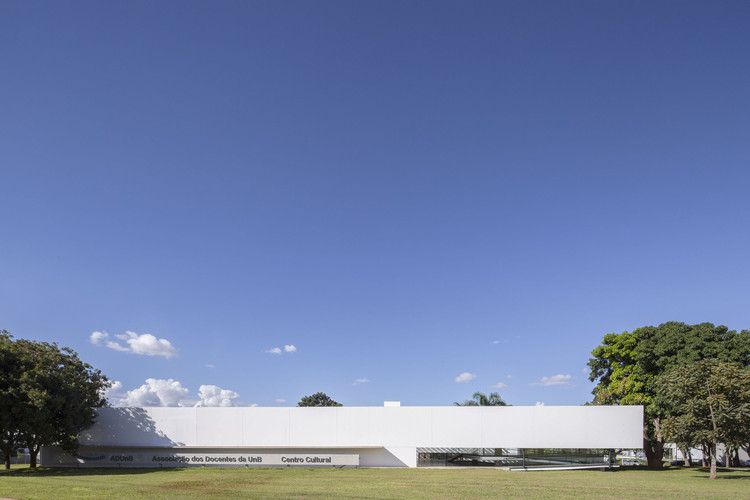 Text description provided by the architects. The ADUnB Cultural Center - Association of Teachers of the University of Brasília - was the result of a request for proposal for FAU / UnB professors and other architects working on the campus in 1999. The project was extensive requiring the proposal to be executed in multiple stages. In 2003, there was interest in constructing the front part of the building housing the administration. It did not included the restaurant, auditorium, and other areas. The redesign project included a coffee shop and other adjacent facilities to give a “finished look". The building is located at the most visible location on campus next to the L-3 North Avenue. The site is of historical importance to the UnB foundation, surrounded by the faculty of the Department of Education, the former office of the university president, and the auditorium Dois Candangos project of Alcides da Rocha Miranda. This project also neighbors a building by João Filgueiras Lima, Lelé.

The ADUnB Cultural Center’s white walls make reference to the neighboring buildings. In addition, the project make reference to UnB roots such as Oscar Niemeyer buildings for the general services, were white with concrete beams in the roofs. The brise soleil, facing east, are in aluminum with electrostatic painting. The project opted to not use the industrialized brise soleil, but to enhanced transparency in addition to reinforcing the building horizontality.

The building complex is composed of two independent buildings, ADUnB's administrative area and the auditorium. The buildings are arranged parallel to one another, interconnected by a covered pergola forming a sidewalk towards to the curb of Auditorium Dois Candangos. They share one large parking lot, plus one additional parking lot in front of the ADUnB Cultural Center.

The auditorium’s stage has an approximated open area of 160 m2 and can be accesses by stair or ramps. Two private handicap toilets are located at the back of the stage. The auditorium has a translation and projection booth. Twenty rows of chairs, model Fox 70-F, in wood and fabric.  The first seven rows of chairs are set on a horizontal floor allowing the chairs to be removed either for the setting of tables or even for an orchestra during presentations in which the stage area can not be diminished. A large warehouse under the highest rows of chairs was created for the storage of chairs and various equipment.

The acoustic design was developed by a specialized company to guarantee the sound quality inside the auditorium.

The foyer has two adjacent multipurpose spaces with approximately 170 m2 each, useful for social gatherings, exhibitions, lectures, and presentations. The foyer's outdoor benches are enhanced by landscaping and faces the Auditorium Dois Candangos. The multipurpose space can host bands and orchestras allowing presentations towards the open space.

The landscaping project, in progress, should integrate and harmonize the open spaces and adjacent areas. 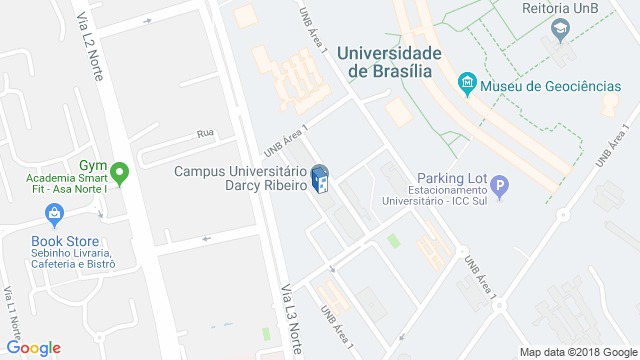