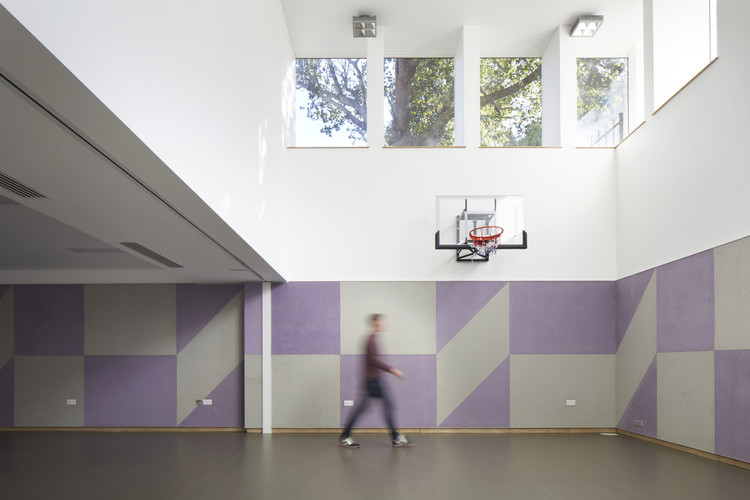 Text description provided by the architects. Bethnal Green Mission Church in London’s East End represents a ground-breaking model for contemporary places of worship in dense urban environments. Appearing as a robust urban block, the building is actually a complex mixed-use development with a church at its heart. The project was funded by the creation of 14 residences – known as the Macpherson Apartments after the church’s founder – as well as co-working facilities for charities, a community hall, café, community kitchen, foodbank store and vicarage. The new project, which replaces a former 50s building on the site, was designed by emerging architectural practice Gatti Routh Rhodes for a partnership between the Bethnal Green Mission Church and developers Thornsett.

The exterior of the new building is defined by a regular concrete grid, with brick infill panels arranged in a raking monk bond. This pattern is inspired by a series of bold diagonal ribs that form the ceiling of the double-height church space, which are themselves references to the cross vaulting in traditional churches but reinterpreted to form a contemporary aesthetic. These beams penetrate into the office spaces above, forming gaps to bring more natural light into the space below and reinforcing visual connections between the different functions of the development. The crossing pattern is also picked up again in a dramatic blue and green stained-glass window – created by Coralie Bickford-Smith, an award-winning designer, illustrator and author.

Many of the 14 flats (which also include a vicarge) on the upper levels are dual aspect, with inset balconies featuring views out over the historic local parks to the City beyond. Each residence has been designed with very high acoustic and thermal properties to shield the occupants from the noise of busy life on the streets below and the overground trains that run parallel to the building.

The main community functions of the building are located underneath the ground floor café and another double-height space brings natural daylight into the areas used for local engagement projects. The lower level will play host to a number of important activities for the area, including a food bank, night shelter, after school clubs, youth groups and Christian-Muslim interfaith projects.

Structurally, Bethnal Green Mission Church was constructed in insitu concrete up to the second storey with Cross Laminated Timber panels above. This material was selected for its environmental performance, as well as the efficiency and speed of the build and the ability to meet the stringent height restrictions imposed in planning. This was later clad in precast concrete panels and site-laid brickwork, with a hammered concrete cross discreetly located on the eastern elevation. 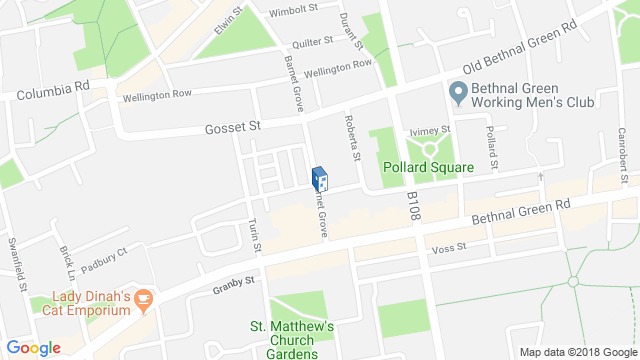 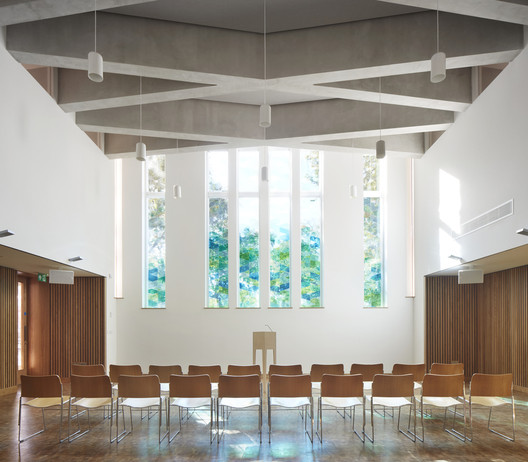 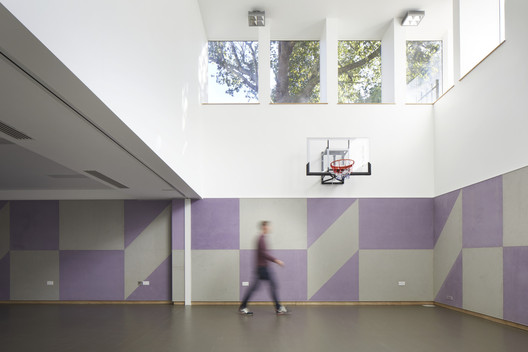