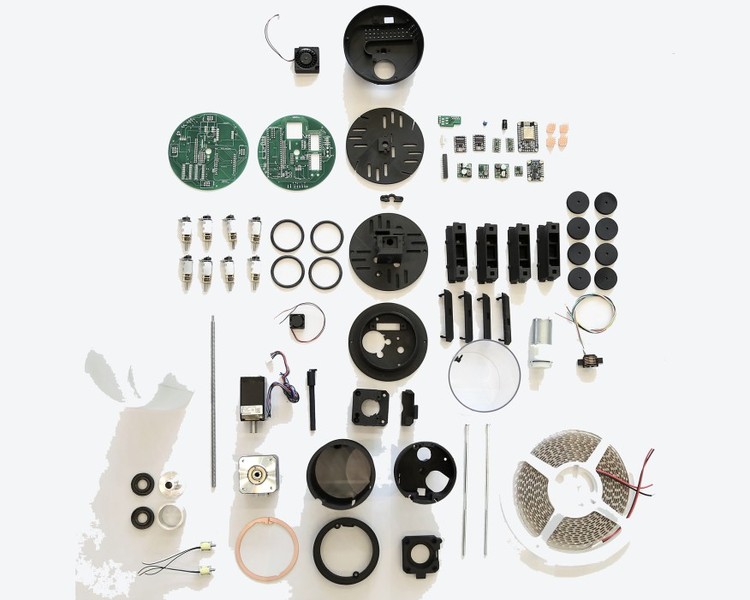 Fiberbots was designed as a platform that can enable design and digital fabrication of large-scale structures with high spatial resolution. Leveraging mobile fabrication nodes, or robotic "agents", Fiberbots is designed to tune the material make-up of the structure being constructed on the fly as informed by their environment. These structures can be built in parallel and interwoven to rapidly create architectural structures. The robots are mobile, and use sensor feedback to control the length and curvature of each individual tube according to paths determined by a custom, environmentally informed, flocking-based design protocol.

A team of 16 robots was created at MIT, along with a design system to control them. These were developed in-house and deployed to autonomously create a 15 foot tall structure. The structure remained outside and undamaged through Massachusetts’ winter months, demonstrating the potential of this enabling technology towards future collaborative robotic systems to create designs in potentially far-reaching environments. Fiberbots utilizes a swarm approach to manufacturing to transform digital construction by digitally fabricating structural materials; generating products and objects larger than their gantry size; and supporting non-layered construction by offering novel fabrication processes such as robotic weaving and free-form printing. With swarm sensing and actuation, the systems can then become more responsive and adaptive to environmental conditions.

As MIT states, the research seeks to depart from these uniaxial fabrication methods and develop fabrication units capable of being highly communicative while simultaneously depositing tailorable, multifunctional materials. MIT intends to demonstrate that their research framework is applicable across scales: from the micro-scale to the product scale and, uniquely, to the architectural scale. Each Fiberbot consists of a winding arm and a motorized base. The winding arm is connected to a tank on the ground that contains fiber and resin. The bots draw from the tank with the winding arm to mix it in its nozzle, creating a filament that gets spun by the arm around the Fiberbot’s body. The robot then uses an ultra-violet light that solidifies the fiberglass filament. After that, the robot uses a small electric motor that moves with small wheels to continue building.