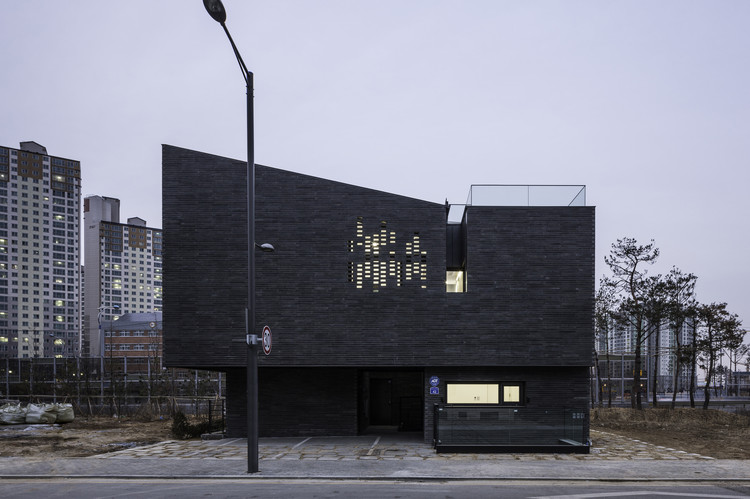 Text description provided by the architects. DP9131 house is built within the brand new a housing lot where the whole area was empty in the design period. There is neither context nor place-ness to consider. These days in Korea, two-housing units in one building (generally called 'peanut-house') is famous as one is for owner and the other is for rent to manage the cost of construction. As these houses generally tend to juxtapose two houses for independency and privacy, it likely weakens the integrity of building in architectural point of view. For DP9131 house, we aimed to provoke the integrity of form by systemizing the organization of internal and external spaces in the house rather than simply splitting into two masses. DP9131 house is started from 9x9 grid system where 9 division into 1 building, 3 housing units into 1 house transformed by the spatial requirements. By three-dimensional engagement of spaces, it tried achieving the clarity and integrity of form.

For the client who has lived in the apartment housing, we would like to maximize the potentials of the detached house like facing all four directions, having a sky, and a flexible ceiling height. In comparison with the compact and most efficient plan layout in apartment, we provide a circulation with a sequence of various ways facing outside. DP9131, for maximizing south-facing and greenery on the backside, '┒‘, ’┖‘ shape units are interlocked as each unit faces all four directions by windows, skylight, terrace, stairwell to attic and finally to the roof garden. By this way, the house gains three-dimensional space flow with various interface with external environment.

DP9131 house is positioned in black with its luxurious weight and robustness for the completeness and simplicity contrary to surroundings where would be filled with a diverse colors and materials. External finishing material is a polished basalt brick as a single exterior material. The basalt brick is not actually brick but a natural stone with a porous texture and it is polished to ensure color and gloss close to black. The basalt is cut and use like a brick to have a horizontal texture through joints. 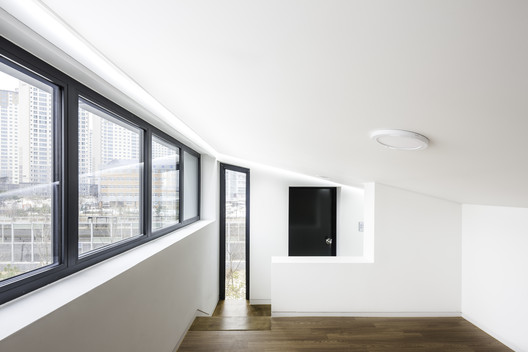