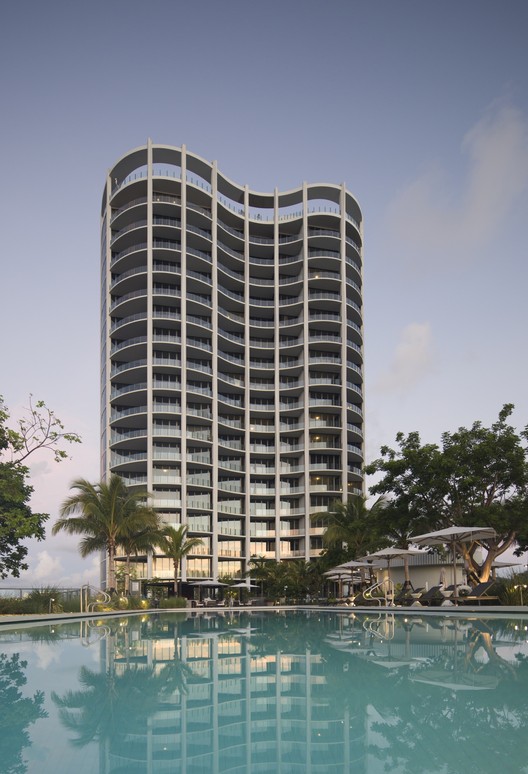 OMA first won the design competition in 2013 with a scheme that would connect Coconut Grove’s community scale to the Biscayne Bay and honor the neighborhood’s natural beauty. Inspired by the Bay, Shohei Shigematsu and OMA envisioned the towers as barrier islands, each uniquely independent yet maintaining a linked intimacy. The resulting organic forms contrast from its boxier neighbors. A plinth connecting the three towers provides a lush, landscape of amenities for residents and act as an extension to the surrounding natural environment. A series of passages weave in and out throughout the 5-acre site and provide connections and views to the Biscayne Bay.

The final tower lies on the former site of the Coconut Grove Bank, which required a phased construction to accommodate a seamless move from the Bank’s original building to its new home in the plinth. The tower is currently under construction and will reach completion in Spring 2019. Together, the three residences will add to the distinct community of Coconut Grove that offers an alternative to the Metropolitan downtown.

The opening of the first phase of Park Grove marks the beginning of a series of residential tower completions to follow in the next year. OMA has been engaged in the design of a number of residential tower projects, including 121 E 22nd Street in New York (2019), Transbay Bock 8 in San Francisco (2019) and Nora Tornen in Stockholm (2018). All four projects will be completed by 2019.