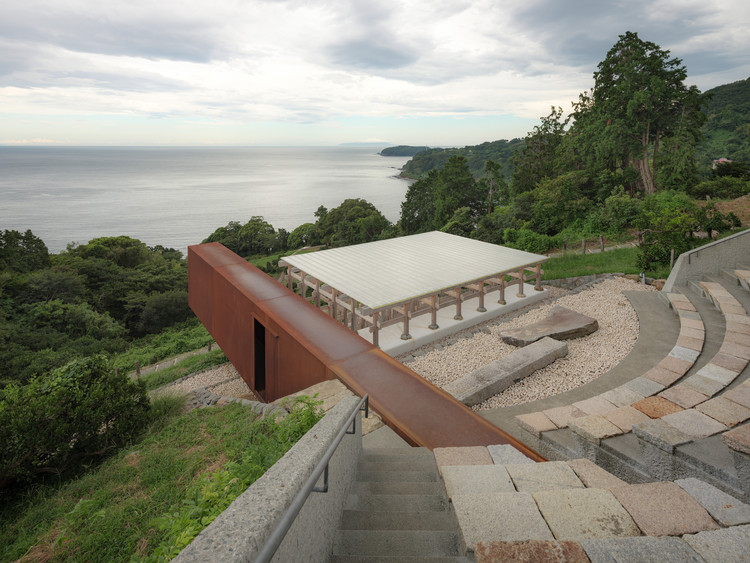 Text description provided by the architects. The Enoura site, situated on a hilly citrus grove in the Kataura district of Odawara, offers breathtaking panoramic views of the Bay of Sagami. The facility was envisioned by contemporary artist Hiroshi Sugimoto as a forum for disseminating art and culture both within Japan and to the world and comprises a gallery space, two stages, a tea house, and other features that make the entire premise into a truly magnificent landscape.

The foundation will exhibit a selection of Sugimoto’s artworks in the 100-meter gallery and present events and programs on the outside Stone Stage and Optical Glass Stage. Backing onto the Hakone Mountains and overlooking Sagami Bay, the picturesque Enoura district of Odawara is an important natural heritage site. The Odawara Art Foundation’s complex, entitled Enoura Observatory, comprises multiple structures: an art gallery, a stone stage, an optical glass stage, a tea house, a garden, several gates and an offices block. Each of the structures incorporates traditional Japanese building styles and methods, bringing them to life to provide visitors with an overview of Japan’s architectural history. The mission of the complex is to revive traditional building methods which are in danger of being lost and to pass them on to future generations. 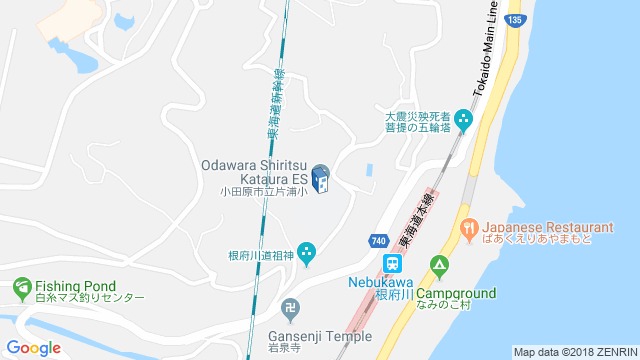 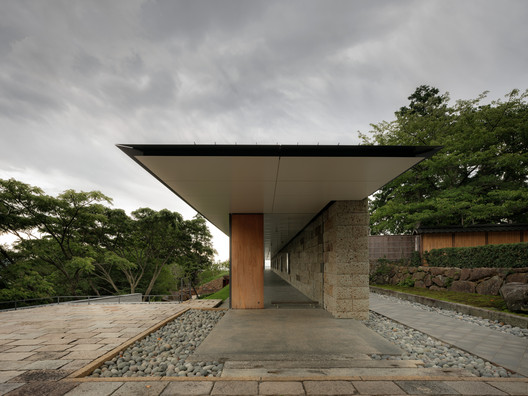 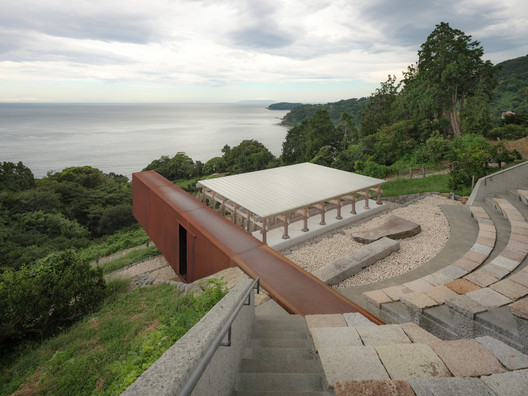