Save
The Renovation of Dondon / FATTSTUDIO 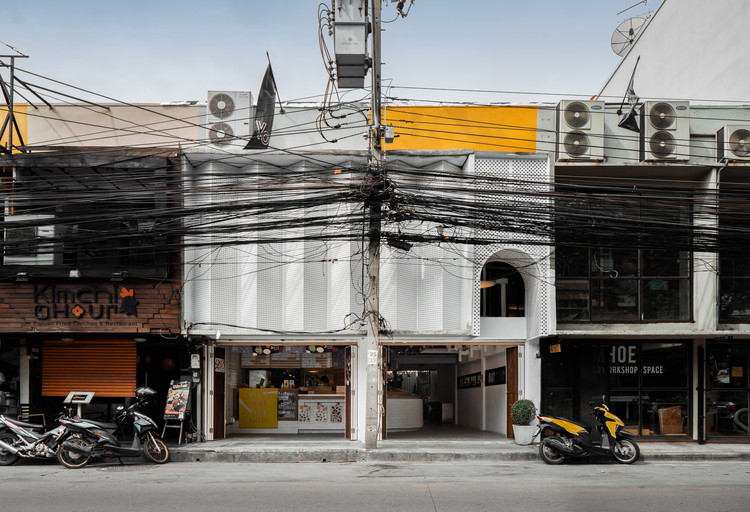 Text description provided by the architects. In the last decade, the Ari district used to be the hipster area in Bangkok which contains with good quality of coffee shops including with varieties cafés and restaurants in the old days. When the city has expanded, many firms and condominiums outgrew from the city center to relocate around the district. The companies came with numbers of working people that affected to demand around the area. From alternative cafés area transformed to the battlefield of restaurants which are competing for officers and the new high ground neighborhood.

A project start with the client had 3 units of row houses which didn’t connect clearly, the 2units is wooden workshop named “Made here on earth” and the other one is a yoghurt café named “Yo”. The main problem was they also had settled nice courtyard behind the row houses that come along with styling coffee shop, is named “SA-Ti” However, the entrance from the street had to access through the yoghurt café. The issue affected to the coffee shop directly because a customer didn’t realize where was the courtyard even though they found on google map. We were called to solve the conflict and came with the new program which was delivered, The new program was Bento bar and the new row house between existing the row houses was taken already.

The Dondon is a Japanese bento bar which aims to provide a good quality meal for working people, Especially officers who are working for the public relations department opposite the site. However, the food box must have a reasonable price for everyone and customers could be effort every working day.

First of all, we intended to manage the main circulation from the street to lovely courtyard behind the building as our main concern. We planned to renovate the Yo café and the beside one. The duo row houses were demolished walls to connected the ground floor. On the first floor, we also demolished all the walls and floor to reinstall new criteria instead. Above the space was also demolished, the roof had been changed and installed polycarbonate roofing panel on some area to lets the sunlight come into the area.

According to the positioning of the Dondon, It was defined as open kitchen bar beside the entrance corridor which mean we designed the main entrance corridor from the street to the courtyard and located the bar beside the wall. After that, we decided to reject the air-conditional as usual the neighbor always do because the bar concept is takeaway meal box. The façade design was designed to project heavy rain from outside but It still allows natural ventilation to reduce heat from the open kitchen and chill the entrance corridor. The façade is working with the first-floor void which was removed and reinstall in a smaller size. The missing piece floor turned to be the main entrance double space approach people to get into comfortable courtyard inside. The street light was the last ornaments which remain people who walk through the entrance hall as the footpath.

Finally, the white perforated aluminum façade, polycarbonate skylight, and the new layout upper floor have worked together, the good quality of entrance corridor has become, people could walk into the comfy courtyard to sit and drink good coffee after hard working weekday, properly. In the precious lunchtime, they could have a little walk to buy delicious meal box for lunch and have more time for enjoyable conversation. 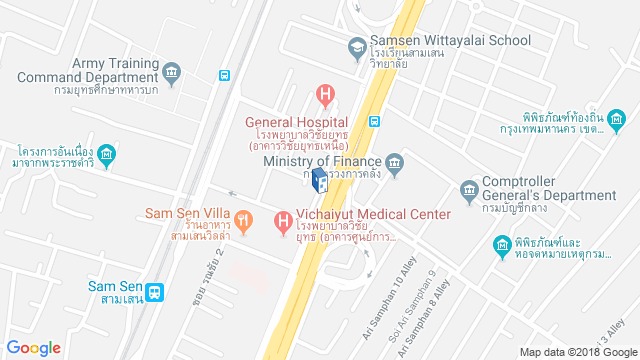