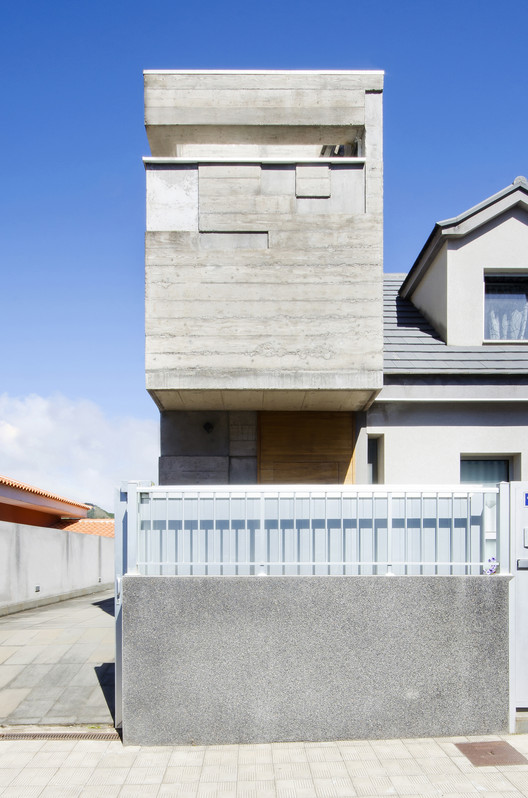 Text description provided by the architects. In a rural setting, with few architectural interest and a somewhat hard weather, two sisters and their husbands were excited about the idea of living together, so they bought a home, which had to complete its program with an extension in the land available on the inside of the plot.

For this reason, we proposed the construction of an attached volume that would complete the original program, which would adapt to the needs of both families independently, without losing their emotional ties.

The new construction has new stairs, service rooms and one of the bedrooms, which made possible the non-symmetrical division of the original construction in two autonomous dwellings, with a morphology that allows transit between interior and exterior areas, and provides it extra spaces like outdoor shower, terrace, lobby…..

The choice of exposed concrete in the facade is due to the high moisture and constant rainfall in the area. The concrete was treated with wooden formwork combined with phenolic panel, in an attempt to fragment the blunt scale of the new construction, introducing some recesses in the facade as pixels, as if they were cuts under the skin caused by a tattoo.