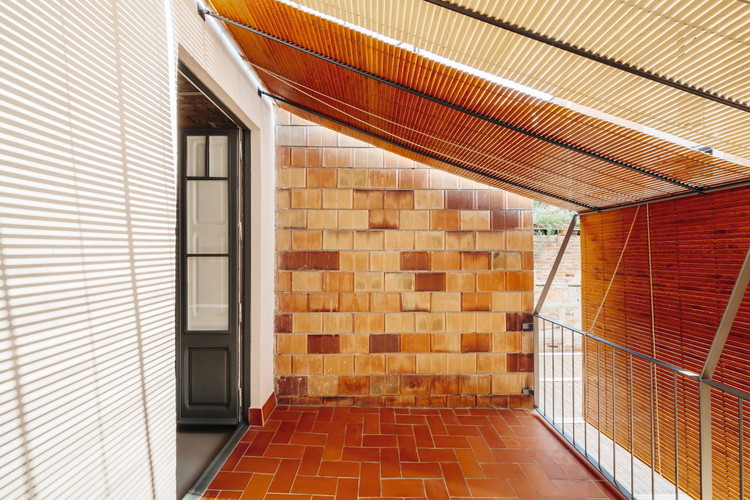 Text description provided by the architects. Undressing what exists and transforming what is necessary to create a sequence of interrelated spaces has been the greatest objective of this rehabilitation. To give value to certain pre-existing elements of the house and the environment by eliminating unnecessary elements is the starting point of the project of this detached house located a few meters away from the epicenter of the Horta district in Barcelona.

The house dates from 1930, with a facade of 7m wide and a built depth of 10m. This townhouse survives the real estate pressure and the transformation of the neighborhood that has been replacing this typology with multi-family buildings of more than 4 floors as those that surround it. The proposal is based on recovering some existing original elements (structure, pavements, and enclosures) and adding the minimum to transform it into a sensitive, functional and sustainable project. The new distribution of the interior spaces is adapted to the needs of its inhabitants and the composition of the same allows visual perspectives along the plot and through the house facilitating at the same time an improvement of natural ventilation in both plants.

The facade of the street (East) remains intact to the original and the interior facade (West) are transformed by adding two elements to improve the envelope of the existing building, a pergola of bamboo with vegetation on the ground floor and three wooden roller shutters on the first floor that at the same time give privacy to the balcony. In this same facade, the predominant ceramic of the buildings that surround it serves as the background to integrate the only new volume of the house, a cube raised in “termoarcilla” where the bathroom of the master bedroom is located. All in a set of terracotta textures and colors that mimic the facade of the garden in a heterogeneous and fragmented environment.