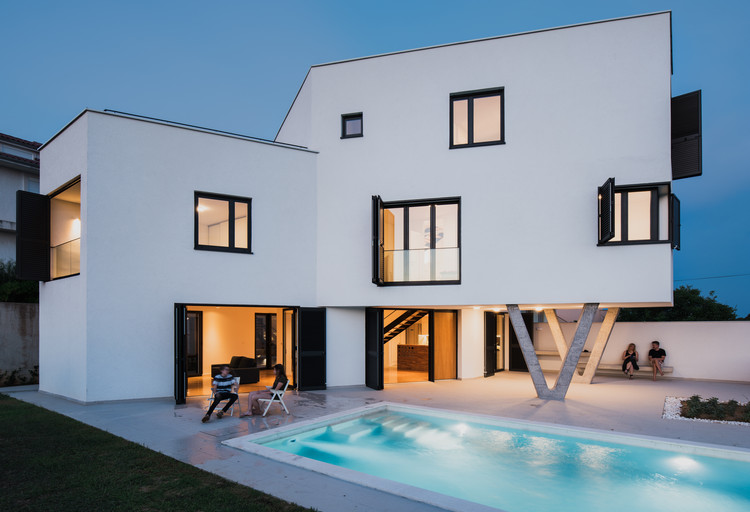 Text description provided by the architects. A lush plot with overgrown shrubs on top of a dense suburb between the town of Rab and a sandy valley, overlooking the bay, wedged between an unregulated tourist settlement and a forest, was a strong draw for a young family to embark on an adventure of building their holiday home despite challenging conditions. An old palm tree at the entrance was the trademark of the derelict ground and beacon of future vistas.

The steep terraced terrain, its crooked boundary, the views, dominant winds, proximity of neighbors and existing shack became elements that shaped the spatial disposition. The plot contained a small house with a large covered terrace and separate shed, as well as tall stone walls which separated it from the road and supported the terraced gardens.

The new volume is drawn to the edge, leaving the house behind its view, and at the same time framing the islands in front. The design of the new house began as an extension of found volumes, and the character of the found structures and activities was integrated into the new composition.

The existing content of the place was enveloped in a wedge-shaped volume, and an elevated one was truncated perpendicular to it, repeating its geometry. Their intersection is at the place which bore traces of a summer kitchen and open workshop: life in the open. The energy of this space was repeated on the same spot within the house via a three-story void over the dining table, a vertical space which connects the family of five in visual and acoustic communication.

The ground floor houses common areas – kitchen, dining, living room – which open to the south-west terrace, swimming pool and summer kitchen, and are cooled by the narrow north-east service terrace. The rooms, each with its own specific framed view of the surroundings, occupy the upper floors, connected by galleries and stairways. The central void ends with an open study overlooking the vertical communication network, and a skylight, enabling it to double as a solar chimney in heat.

The transversal opening of large glazed surfaces of the ground floor, with its covered summer kitchen, blurs the boundary between indoor and outdoor living, and extends it over the pool and stairways to the lower gardens and olive orchards.

The existing stone-wall edges have been reconstructed, and those adjoining the house become their constituent parts. 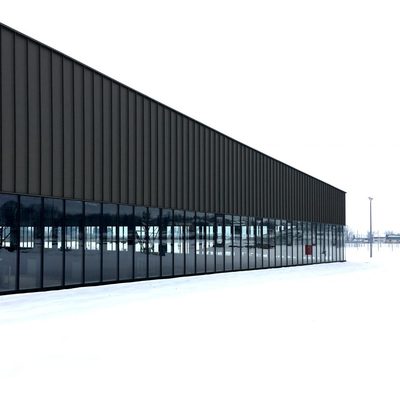